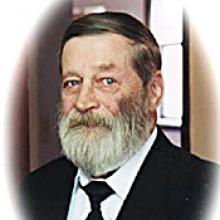 NORMAN STYVE It is with great sadness that we announce the passing of our life long partner, father, grandfather, brother and uncle on Friday, April 27, 2012 at the Vita Hospital. Norman passed away peacefully with his family by his side the day after his 75th birthday. Norman leaves behind his partner of 40 years Lillian, daughter Cheryl (Fred), three sons Jason (Vicki), Randy (Dawn), Evariste (Nikki), eight grandchildren Shawna, Tyla, Evelyn, Jesse, Quentin (Peewee), Jamey, Kari, Evariste (brother); sister Anne (Bill); brothers Louis (Sandra), Melvin (Jenny) and Butch. He was predeceased by his parents Gilbert and Esther, brothers Knut and Henry, sisters Sarah and Bertha, and his dog Fritz. The family would like to thank the staff at the Vita Hospital for all their care and support. Viewing will take place Friday, May 4, 2012 at 7:00 p.m. at Vita Funeral Home in Vita, MB and half an hour before the funeral service. Funeral service will be held on Saturday, May 5, 2012 - 2:00 p.m., at the community hall in Sprague, MB. Burial will be at the Norwegian Cemetery north of Menisino, MB. Funeral arrangements by Vita Funeral Home 256 Railway Avenue, Vita, MB, 204-425-3114.