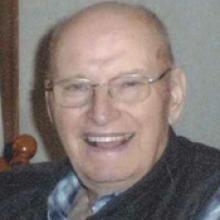 PETER ENNS It is with deep sadness that the family of Peter Enns announces his death on June 27, 2012. He leaves to cherish his memory his beloved wife, Caroline, and three children: Roy, Shirley Stevens, and Karin Enns, as well as six step-children: Karen Galinski and Grant (Marcie) Galinski, and Sylvia (Ross) Mason, Vicki (Cal) Webb, Michael Schultz, and Debra (Ken) Ross. He is also survived by his brother Henry (Rita), sister Tina (Wayne) Bennet, sister-in-law Shirley Enns, and half-brother and sisters, William (Sarah) Loewen, Margaret (Henry) Goertzen, and Tina La Fleur. He will be greatly missed by his 14 grandchildren and 11 great-grandchildren, as well as his dear friends Gerry, Wayne, and Connor Link. Peter was predeceased by his first wife, Dorthea, and his second wife, Emma, his parents Katharina and Isaac Enns, and his brother Isaac. Peter was born near Cuauhtemoc, Mexico, on February 20, 1930. His family moved back to Manitoba when he was three months old, and this remained his home for the rest of his life. During his working career he ran his own sub-contracting company called Enns Lathing and Roofing, followed by 32 years of successful farming near Bagot, Manitoba. He retired in 1995 and enjoyed fishing with friends and travelling to visit his family who were very dear to his heart. Funeral service will be held in the chapel of the Omega Funeral Home on Tuesday, July 3, 2012 at 1:30 p.m. Private family interment will take place at MacGregor Cemetery. Should friends so desire, memorial donations may be made to the Heart and Stroke Foundation of Manitoba, Catherine Newham-Portage Office, 103 Wilkinson Crescent, Portage la Prairie, MB, R1N 1A7 or to the Mennonite Central Committee. Condolences may be sent to the family c/o Omega Funeral Home, 83 Royal Road South, Portage la Prairie, Manitoba, R1N 1T8, 1-800-303-4621 or friends may leave a message of sympathy on our web site www.omegafuneralhome.com "Dedicated to those we serve."