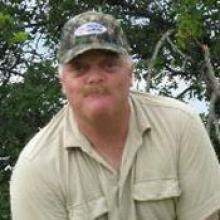 CRAIG THORLAKSON We are deeply saddened to announce the sudden passing of Craig Carl Thorlakson (47), a much loved a son, father, brother, uncle and friend. Craig is predeceased by his mother Fay Thorlakson (Qually) in 1976. He leaves to mourn his father Carl, stepmother Lilli, son Cole, sister Deana Hirt (Ken), brother Derek (Liana) as well and nephews Cory and Michael and niece Hannah. He will also be missed by his long-time friends and co-workers. Craig was an avid sportsman. He proved his athletic talents as a young man playing for the AA Twins. He also spent many years as a hockey referee. Craig carried his love for sport into adulthood by being an avid golfer and ball player. He could often be found at the Crescentwood Community Club whenever there was a tournament. One of his favourite pastimes was playing golf with Cole. Much to his chagrin Cole finally beat him in a round last year. You have never seen a father more proud of his son than Craig. Cole was his little buddy, his pride and joy and his eyes lit up every time he talked about him. Craig was a loyal employee at Di-Tech International Inc. and this summer would have marked his 25th year with the company. He was a hard worker and was well-liked by his co-workers. Pall bearers are: Rennie Verscheure, Daryl Swirsky, Bob Franz, Barry Lalonde, Chris Bannerman, and John McKinnon. Rennie there are no words to express how grateful our family is to you thank you for all you did for Craig he was so blessed to have you for a friend. Craig we will all miss you more than words can say; you will be forever in our hearts. Funeral service will be held on Thursday, July 19, 2012 at 2:00 p.m. at Neil Bardal Funeral Centre, 3030 Notre Dame Ave. NEIL BARDAL FUNERAL CENTRE (204) 949-2200 (in Gimli 642-7124) nbardal.mb.ca