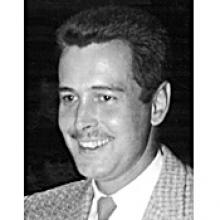 ADDY BREMSER July 9, 1929 - July 28, 2012 Addy passed away peacefully at the Pinawa Hospital. He will be remembered as a gentle, easy going man. He loved nature. Whether he was camping, fishing, skiing or just taking a walk, he love being outdoors. Addy worked at many jobs throughout his life. He was a logger in Alaska, he worked in the mines and he was a tradesman in northern Manitoba. He was also an accomplished pianist. When he played the piano his fingers were like magic as they created music that came from his soul. He was often the life of the party and would entertain his friends by playing the piano or one of the many other instruments he had mastered. Addy met the love of his life, Evelyn Arnhold, while working in the Bissett mines in the 1950s. They recently celebrated their 58th wedding anniversary. Addy loved his family and he valued the many friendships he made throughout his life. He is survived by his loving wife Evelyn, their two sons Jerome (Lynn) and Timothy (Vicki); his grandchildren Jeremy (Samantha), Jason and Nathan, also his great-grandchildren and one sister Rosemarie and her son Michael. Special thanks to Dr. Richard Van Gend and the staff at Pinawa Hospital. Cremation has taken place. A private service will be held at a later date. If so desired a donation may be made to a charity of your choice.
Publish Date: Aug 11, 2012

ADDY BREMSER On Saturday, July 28, 2012 Addie died at the Pinawa Hospital at the age of 83 years. In compliance with Addie's wishes there will be no Funeral Service.
Publish Date: Aug 4, 2012