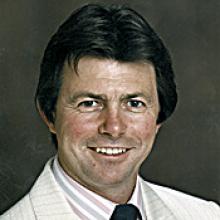 BILLY DUBERY It is with heavy hearts that we announce the passing of our Partner, Father, Grandfather, Brother and friend William Fredrick Dubery, aged 62 years, of Thompson. He passed peacefully with loved ones by his side at the Thompson General Hospital on August 7, 2012. William (Billy) was predeceased by his parents Fredrick William Dubery and Florence Isobol Dubery. Left to cherish his memory is his common-law spouse Jeanette Rose Sayies, son Jason William Dubery, sisters Sharon Hawkes and Patricia Dubery, grandchildren Clover, Billy and Lily, plus many nieces, nephews and close friends. Billy was born on September 10, 1949 in Sudbury Ontario. At the age of nine Billy, along with his family, moved to the booming mining town of Thompson, Manitoba. Billy made his career for 42 years at INCO in Thompson where he ended as an electrical planner. Throughout his years he was an avid traveler. He went on many trips around North America, experiencing a variety of culture and soaking up knowledge from different places. Billy enjoyed spending time with his many friends getting totally smashed and watching the financial markets on CNN. He enjoyed spending the summer months doing work around his yard and gardening. Billy had enormous impact on many people who had the opportunity to know him. A viewing and celebration of Billy's life will be held on Monday, August 13 at 1:00 p.m. in the Royal Canadian Legion. In lieu of flowers, if friends so desire, donations may be made to the charity of their choice. Boardman / Northland Funeral Home in care of arrangements. Phone 204-778-7982 Thompson, gym@mts.net