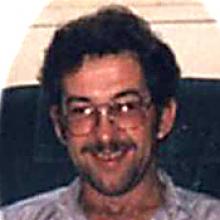 LOUIS PRETEAU It is with great sadness that we announce the passing of Louis Preteau, aged 57 years, of Winnipeg, Manitoba He passed away Wednesday, August 8, 2012, at St. Boniface Hospital, Winnipeg, Manitoba Louis is survived by his wife Karen, stepmother Dorothy, sister France (John), brothers Real, Luc (Connie), Jacques, Pierre (Darlene), stepbrother Jim (Fay), stepsisters Diane (Rob) and Cindy (Sean) and sister-in-law Lise and all their families. He was predeceased by his parents Jeanne and Leopold. Funeral will be held Tuesday, August 14, 2012, at 2:00 p.m. at the St. Malo Parish with Prayers starting at 1:30 p.m. interment will follow the funeral service at the Church Cemetery. Arrangements by Vita Funeral Home 1-204-425-3114