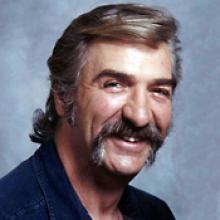 JULES JOSEPH RAOUL LETAIN (FRENCHY) It is with great sadness that the family announces the passing of Jules, after a courageous battle with cancer, on January 5, 2013, at the Ste. Rose Hospital. He leaves to mourn his loving wife Lorna (nee Ferland), his children Flint and partner Christine Schultz (Colt, Attia, Ari), Ron and partner Kim Davidson (Emily, Riley, Desmond), Crystal and partner Andrew Sanderson (Preston, Kennedy, Dante), Stephanie (Merik, Ariana), and baby Sam and partner Trymer Robb. His brothers and sisters, Danny and wife Debbie, Lizette and husband Danny Desjardins, Veronique and husband Vern Nickel, Marc and wife Sheila, and sister-in-law Marie Letain. mother-in-law Rose Ferland, sisters-in-law Hilda and husband Robert Boucher, Lucie and husband Melvin McKay, Wilma Ferland, Jackie Ferland and partner Gary Campbell. Brothers-in-law Martin (John Wayne) and wife Elaine Ferland, Harold Ferland, Randy and wife Colinda Ferland. He also leaves numerous nieces, nephews, cousins, friends and his working family. He is predeceased by his son Gus Letain, his mother and father Simon and Pauline Letain, his brother Fern Letain, his sister Jeanette Boisvert, his nephews Brad and Bruce Letain, his father-in-law Willie (Nanap) Ferland, and brother-in-law Robert Ferland. Jules started working at the age of 13 for various farmers. He went to work in Grand Rapids with his father at the age of 16, and then joined the Air Force at the age of 17. He then joined the Ironworker's Union at the age of 18 and remained there for the rest of his life. He held various positions from Ironworker to Supervisor to Superintendent. He was an extremely skilled and hard worker that was respected by all of his peers. Despite all his professional achievements, Jules was most proud of his role as Husband, Father, Grandfather and Brother. Lorna was not only the love of his life, she was his best friend, his hunting and fishing partner, his world. He was his children's biggest supporter and took great pride in all of their achievements. He loved his grandchildren with all his heart and loved spending as much time with them as he could, especially during special occasions such as birthdays, Easter, and Christmas. He was an avid hunter and fisherman. He loved loading up the motorhome for some camping with the family. He enjoyed reading, which was evident by the stacks of books which could be seen all over his house. Playing cards and board games was a favorite activity of his during the many family visits and was a master at crib. He was also a jack of all trades and spent hours working on various projects in his home and yard. Funeral service will be held on Thursday, January 17, 2013, at 2:00 p.m. with Prayers at 1:30 p.m. at Notre Dame des Victoires Roman Catholic Church in Laurier with Father Leo Fernandes as celebrant. Interment to follow at a later date. The family would like to thank Dr. Gudmundson for her care and compassion during this difficult time. Jules trusted and believed in her during his entire illness and wanted to thank her for the special care that she gave him. It was greatly appreciated. We would also like to thank all the care givers at the Ste. Rose General Hospital as well as all the staff at Brandon Cancer Care Centre and Prairie Mountain Health. In lieu of flowers, the family requests donations be made to either Western Manitoba Cancer Program - 300 McTavish Ave East Brandon, Manitoba R7A 2B3, or the Ste Rose General Hospital Palliative Care Program - Box 60 Ste. Rose, Manitoba R0L 1S0. Dobchuk Funeral Home McCreary, Manitoba Telephone (204) 835-2004 The Heritage of Neill, Dobchuk Anderson, providing over a century of service.