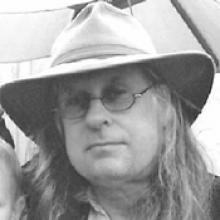 CRAIG STEPHEN FORSTER It is with deep sorrow that we announce the passing of Craig on April 17, 2013. Craig is survived by his loving wife Denise and two daughters, Jennifer and Sarah Forster. He also leaves his mother Margaret and brother Dennis. He was predeceased by his wife Joanne (nee Smith) in 2006, and his father Horace in 1979. Craig loved the simple life; music, the lake, and working on projects or what he termed puttering. Craig could figure out how anything worked. His friends and family reaped the rewards of his curiosity and puttering. Many will continue to enjoy for a lifetime the handmade gifts that he made along with their working grandfather clocks, Servel fridges, and Aladdin lamps that only he seemed to understand. He was always willing to help out a friend. Later in his life, Craig pursued his love of music. He made magic happen with any instrument that he touched. He joined various bands and often had the spotlight on him because of his talent and charisma. Craig will always be remembered for his kindness and his sense of humour. He was easy to love and he will be missed dearly.