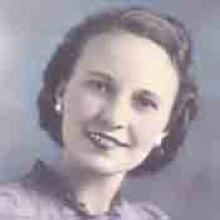 VELMA GWENDOLINE RYCKMAN (nee BRADLEY) Peacefully on May 23, 2013 Velma died at Lions Personal Care Home in Winnipeg. She sustained an injury 10 days prior to her death but at her request was able to return to the tranquility of Lions Personal Care Home for her final days. She was predeceased by her parents Byron and Lena and also by an older sister Evelyn in 1943 and a younger brother Neil in 1971. Also predeceasing her in 1982 was her husband of 42 years, Allan Joseph. She is survived by her sons Gordon William (Karen) of Islington, Ontario and Bruce (Lynne) of St. Andrews, Manitoba. She also leaves six grandchildren, Heather (Alasdair), Matthew, Andrew, Curtis (Ashley), Julie (Drew) and Christine (Justan). Her first great-grandchild was expected within the next three weeks. Velma was born in Winnipeg June 13, 1914 just before the start of the First World War. She grew up on Home Street and received her education in Winnipeg. After high school she attended secretarial school and became proficient in typing and short hand. She used to record the sermons in church to improve her skills. Her first employment was with Imperial Life Insurance. She met and married Allan in December, 1940. Following the birth of her children, she was a "stay at home Mom" until her boys were in their teens. She returned to part time employment as a school secretary working at several Winnipeg schools. After retirement Mom and Dad moved from their family home on Garfield Street to Charleswood. Declining health and failing vision required a move to Lions Place, assisted living, where she lived until last July. At that time she moved to Lions Manor Personal Care Home. Mom loved to knit, sew and crochet. She made many beautiful items for her family. Her grandchildren always anticipated the arrival of a new flannel "nightie" every Christmas. The inexorable progression of macular degeneration robbed her of her creative skills and the consequent pleasures. Despite her increasing disabilities, Mom rarely complained and remained steadfastly independent. Although blind she faithfully listened to CBC and always had an insightful and cogent comment on the events of the world. At her request, immediate cremation has taken place. No formal service will be held. Memorial donations may be made to Lions Manor Personal Care Home 320 Sherbrook Street, Winnipeg, MB R3B 2W6 or the charity of your choice. The family would like to express their thanks to the staff at Lions Place and Lions Manor Personal Care Home for their excellent care of Mom over the last 15 years. For those who wish to sign the online Guest Book please visit our website. Chapel Lawn www.chapellawn.ca 885-9715