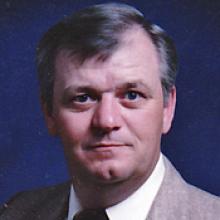 EDWARD JAMES MARRIOTT With wonderful memories and sad hearts, the family regrets to announce the sudden passing of Edward James Marriott on June 8, 2013 at 67 years of age. Ted was born in Brandon, Manitoba on August 10, 1945 and lived most of his early years in Boissevain. Since 1983, Ted and Glenda resided on an acreage outside of Stonewall. He joined the RCMP in 1965 and served in various postings in "F" and "D" division. He retired from the force in April 1991. He loved to be around heavy equipment and pursued his hobby of driving highway tractors for a number of years. Together Ted and Glenda enjoyed travelling and two of the trips Ted talked about the most was his trip to Australia / New Zealand and Alaska. Ted always liked to say how he had travelled to all 50 states plus Mexico, Dominican Republic, Jamaica and Barbados. Ted and Glenda also enjoyed camping and fishing. He was predeceased by his father Joseph in 1967, his mother Kitty in 1993, sister Dale Davidson in 2012 and niece Kerri-Lee Moffat in 1985. Left to mourn his passing is his loving wife Glenda of 35 years, brother and sister-in-law Glen and Doris Moffat, as well as nieces and nephews. He was a kind, gentle, strong, loving husband and friend with a great sense of humour. His spirit experienced its greatest freedom surrounded by the deep love of his family and friends. In lieu of flowers, donations can be made to the Heart and Stroke Foundation, 200 - 6 Donald Street, Winnipeg, MB R3L 0K6 or CancerCare Manitoba, 1160 - 675 McDermot Avenue, Winnipeg, MB R3E 0V9. A funeral service will be held on Thursday, June 13, 2013 at 2:00 p.m. at the Stonewall United Church. Mackenzie Funeral Home Stonewall 204-467-2525 mackhome@mts.net