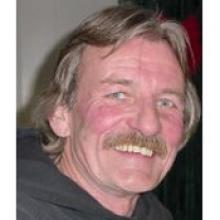 KEITH ALLAN FINDLAY It is with heavy hearts we announce the passing of Keith Allan Findlay on May 9, 2013 at the Neepawa Hospital. Keith was born in Winnipeg on November 10, 1948, second son of Allan and Isobel (Malcolmson) Findlay. He was predeceased by his father in 2005 and his mother in 2009. Keith was raised in Warren, MB where he received his education. Keith married Lorna Larcombe in 1970 and they had three children: Andrea Ritter (daughters, Meagan and Madeline) of Bonnieville, AB, Monica (Gord and children Gary, Mykenna and Brendon) Burnett of Woodlands, MB and son Andrew (Tracy and children Bradley, Tyler and Isobella) Findlay of Warren, MB. In 1988 Keith married Audrey and was stepfather to her children Warren Morrisseau of Dauphin and Lori (Terry and son Dar) Frykas of Mackenzie, BC. Keith retired after 42 years of service with the Provincial Government. From January of 1969 he was based in Winnipeg then transferred to Dauphin in January 1990. In the early years his job had him travel a great deal and he saw our province from the south to the far north working outdoors which he loved. In August of 1991 he was transferred to Neepawa where he worked mainly in the office. He was very organized and meticulous and his years of service with Crown Lands were a great benefit. He made many long time friends in the many different departments of the government. The interaction with people was one thing he missed in his retirement. Keith loved all sports many of which he played in his younger years. He also enjoyed watching hockey, curling and golf. He enjoyed reading and was always up on all current affairs. Keith left many wonderful memories for his partner of many years Connie Thorn (Chudley) and her daughters Niki (Derk and daughter Alex) Murdock of Saskatoon, SK, Jackie Thorn of Cancun, Mexico, Lisa Dixon (Ward, daughter Drew and son Keagan). Keith loved children and always showed his patience and kindness with them. He will be missed by them all. He will be sorely missed by his brother Bob of Edmonton, AB, his sister Rosemary (Rick) Switzer of Neepawa and his brother Jim (Pat) of Rosser, MB, his nieces and nephews and his cousin Cam (Colleen) Malcolmson and family of Winnipeg, MB. He treasured them all. Also Connie's sister Marie (Bill) Denbow, brothers Doug (Thelma), Clare (Connie) Chudley all of Brandon, MB and Ritch (Louise) Chudley of Stonewall MB. With his quiet, gentle manner he made many valued friends everywhere he went. His funeral service took place on May 13, 2013 in the United Church in Neepawa with his friend Rev. Harold Bouchardt officiating. Donations may be made to Canadian CancerCare. The arrangements were by White's Funeral Home of Neepawa.