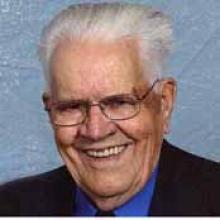 PETER H. FRIESEN 1915 2013 On Wednesday, June 19, 2013 at Boundary Trails Health Centre, Peter H. Friesen aged 97 years of Winkler, MB formerly of Rosenfeld went to his eternal rest. He leaves to mourn his passing three daughters, Helen Harder of Morden, Susan Geworsky of Miami, Anne Friesen of Winkler, two sons, William Friesen of Morden, John and Heather Friesen of Winnipeg, 11 grandchildren, Geraldine and Darryl, Carolyne and Don, Darlene, Kenneth and Shannon, Terry and Sarah, Cheryl and her friend, Andy, Pamela and Stewart, Jason and Jen, Cordella and Carlos, Tannis and Andrew, Colin; 18 great-grand-children, Dawn and Carl, Tiffany and David, Tasha, Brett, Travis, Jaclyn, Jaydson, Brendan, Stephany, Derrick, Jazreel, Bryce, Amy, Landon, Dallas, Abagail, Hannah, Jordy and six great-great-grandchildren, Mason, Braiden, Hayley, Evan, Danica, Matthew. He was predeceased by his wife, Mary (nee Zacharias) in 2011, three sons-in-law, two grandsons and one great-grandson. Viewing will be from 1:00 p.m. until 6:00 p.m. on Friday at Wiebe Funeral Home, 121 8th St. in Winkler and at the church prior to the service. Funeral service will be held on Saturday, June 22, 2013 at 2:00 p.m. at Winkler Sommerfeld Mennonite Church 189 2nd St. with interment to follow at Westridge Memorial Gardens in Winkler. In lieu of flowers, donations may be made to the Sommerfeld Church. Wiebe Funeral Home, Winkler In care of arrangements, 204-325-4201 www.wiebefuneralhomes.com