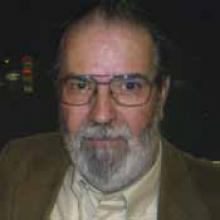 DONALD WILLIAM SMITH 1942 - 2013 Peacefully on Sunday, June 23, 2013 at Boundary Trails Health Centre, Don Smith aged 70 years of Winkler, MB passed away. He is survived by his wife, Dawn (nee Coverdale), sister-in-law Mary Anne and nieces Shauna (Tim) and Kerri (Jeremy) and brother- in-law Charlie (Marilyn) and nephews David (Mel) and Myles and niece Andrea (Dan). He was predeceased by his parents Bill and Wilmot Smith and his brother John Smith. Don was born on November 30, 1942 in Winkler, MB. The Smith family were long time residents farming near Darlingford for over 100 years. Don's early years were spent on their farm and in Dominion City where he graduated high school in 1961. In 1965, Don met his loving wife Dawn while he was working in Winnipeg and they were married in 1968. Don worked throughout his life in the accounting and management field and graduated as a Certified Management Accountant in 1970. Both before and after his accreditation he was employed with a number of firms, James Richardson Securities, Rossmere Golf and Country Club, National Grain, Yamaha Music and Feedrite Mills, all in Winnipeg. He returned to Winkler in 1981 to take a management position with Kroeker Farms and remained in the Winkler area for the remainder of his life during which time he was also employed by Parkside Lumber, Tupperware, Investors Group and Kimberly Clark/Schweitzer Mauduit where he retired in 2008. Over the years, Don was an active member in the Morden, Roland and Pilot Mound Masonic Lodges where he served as Master on more than one occasion. He was a member of the Lion's Club of Winkler. He was very involved with the Pembina Valley Trap Club where he served for several years as their Treasurer. At Don's request cremation has taken place. Memorial service will be held on Wednesday July 3, 2013 at 2:00 p.m. at the Darlingford Community Hall, Darlingford, MB with ash interment to follow at the Darlingford Cemetery. In lieu of flowers, donations may be made in Don's memory to a charity of one's choice. Wiebe Funeral Home, Winkler In care of arrangements, 204-325-4201 www.wiebefuneralhomes.com