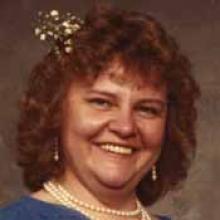 MARYANN GATCHELL (nee KEHLER) 1944 - 2013 It is with saddened hearts that the family of MaryAnn Gatchell announce her passing. She passed away peacefully on Wednesday, July 17, 2013 at Boundary Trails Health Centre. MaryAnn Gatchell was born August 27, 1944 to Isaac H. Kehler and Helena Kehler of Winkler, Manitoba. MaryAnn leaves her "Boys": husband, Fred of Roland, MB; number one son, Scott (Sandy) Kehler of Winnipeg, MB and number two son, Howard (Noel) Kehler of Taber, AB. She also leaves her grandchildren that she loved more than life itself: Chloe, Lexine, Dylan and Jakson. She is also survived by two brothers and two sisters. MaryAnn was predeceased by her parents, one brother and one sister. From a very young age MaryAnn was identified as being a free spirit. She left home as a teenager and ventured into the world looking to make her mark on life, which she did. Her pride and joy were her two boys, Scott and Howard. She spent her entire life dedicated to ensuring her boys became productive and respectful young men. She made sure that there was always a roof over their heads and food on the table no matter the cost to her. Her sense of humour was one that was shared with every person she met and many smiles were put on individuals' faces because of her sense of humour. MaryAnn lived in several different towns and cities throughout her 68 years; from Winkler to Highbluff to Indian Head to Regina and Winnipeg. She and her soul mate, Fred met while working together in 1974; they were married in 1984. Together, with the boys, they settled in the small community of Roland, MB where they established a business, Roland Auto Body & Service. During her time in Roland she drove school bus for several years and her last place of employment was at Pembina Quick Print as a printing press operator. MaryAnn was very musical, although she never received any formal training. She could pick up the guitar, organ or accordion and make music all "by ear". She was an avid reader and also one of those people who would read the material from top to bottom not only gathering knowledge, but also pointing out every printing mistake that was made. As she entered retirement, Fred and she had the opportunity to travel South for the winter. Although not feeling well, she provided companionship and partnership to the love of her life, Fred, as they travelled through the United States to Arizona to avoid the nasty Manitoba winter. Right up to the end she maintained a smile on her face in order to bring joy and humour into others' lives. Although MaryAnn will be missed by all who knew her, one thing she wanted everyone to continue was to have "Happy Tears" and to keep humour in their lives. Viewing will be from 7:00 p.m. until 9:00 p.m. on Sunday, July 21 at Wiebe Funeral Home, 121 8th St. in Winkler and at the church prior to the service. Funeral will be held at 2:00 p.m. on Monday, July 22, 2013 at the Roland United Church in Roland with interment to follow at Fairview Cemetery. The family would like to thank Dr. Lane, his staff and the staff at the Boundary Trails Health Centre for their continued support and compassion during MaryAnn's illness. They would also like to thank Shirley McLaren of Roland for providing the Celebration of Life service and Wiebe Funeral Homes of Winkler. In lieu of flowers, donations may be made to the R.M. of Roland, Memorial Garden Project. Wiebe Funeral Home, Winkler In care of arrangements, 204-325-4201 wiebefuneralhomes.com