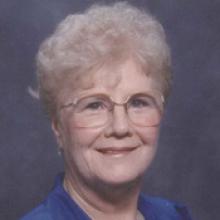 MARIE THERESA CHAISSON (nee RANAHAN) It is with heavy hearts that we announce the passing of Marie Theresa Chaisson on Sunday, July 21, 2013 at the Grace Hospital, at the age of 82 years young. Marie was born on December 15, 1930 in Morell, PEI. Marie will be missed by her husband of almost 58 years, Al (Foncie); children Brenda (Wayne), Linda (Larry), Joe (Karen) and Chris (Tracey); grandchildren, Scott (Laura), Allison (Orkun), Marc (Janice), Adam, Lucas, Mackenzie; and the twinkle in her eye, her youngest grandson Matthew (five years old). Marie loved to spend as much time as she could with each grandchild, often traveling to Calgary and Cochrane, Thunder Bay, Windsor and Strathroy and had special time with those that grew up close to her in Charleswood. She also leaves her sisters Lucy Gallant and Bonnie Mackinnon; as well as her in-laws, Gertie Chaisson, Francis and Eleanor Chaisson, Marion Ranahan; and numerous nieces, nephews, relatives and friends. She was predeceased by her parents Vince and Sadie Ranahan; sister Jean Gallant; brother Bert Ranahan, and infant sister Annie. While her children were young, Marie was a stay at home Mom and often took in other children to baby sit. Once the kids were older, she enjoyed working outside the home, particularly her years at Metro Drugs (Grant Park) and Pharma Plus (Markham). Marie and Al retired at age 65 and travelled often home' to Prince Edward Island for weddings, vacations, family events and "lobster feasts". Marie enjoyed a wonderful life with Al, who was her primary caregiver for the past several years. He was the love of her life and she was grateful for the care he took to ensure she was happy and comfortable. They were lucky to have each other for many reasons. Marie had a wonderful sense of humour and was notorious for making funny faces which were often caught on film. Over the years she enjoyed many fluffy friends; most especially her Springer spaniels Rusty and Max. Marie had a true soft spot for anything fluffy, especially dogs. Marie was very proud of all of her children and grandchildren and their many accomplishments. She enjoyed listening to their music and hearing the stories of their adventures and travels. She was gravely ill in 2006; her family believes the past seven years were a gift that allowed her to meet and spend fun times with her youngest grandchild Matthew. She was excited to meet her first great-grandchild due to make an appearance in the fall. Prayers will be held on Wednesday, July 31, 2013 at 1:30 p.m. in St. Charles Roman Catholic Church, 320 St. Charles Street, Winnipeg, MB followed by Eulogy and Funeral Mass celebrated at 2:00 p.m. also in the Church with Rev. Fr. Paul Tinguely, presiding. There will be a reception following Mass in the lower Parish Hall. A private Entombment will take place in Brookside Cemetery the following day. Al and Marie's family are extremely grateful to the physicians, nurses and health care aides at the Grace Hospital for her excellent recent care as well her care seven years ago. The kindness and respect shown to Marie was very much appreciated. In lieu of flowers, the family requests donations be made in Marie's name to the Grace Hospital Foundation or the Arthritis Society. Wojcik's Funeral Chapel & Crematorium, 2157 Portage Avenue, Winnipeg, 204-897-4665, wojciksfuneralchapel.com "Say not in grief that she is no more, but say in thankfulness that she was. A death is not the extinguishing of a light, but the putting out of a lamp because the dawn has come." - Rabindranath Tagore