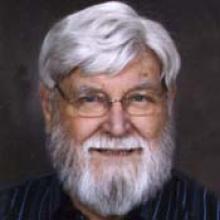 JOHN CORNELIUS BRAUN 1939 2013 On Sunday, July 28, 2013 at St. Boniface Hospital, John Braun aged 73 years of Morden, MB formerly of Gretna went to his eternal rest. He leaves to mourn his passing his wife, Helen (nee Toews), one daughter, Joanne and Norman Unrau of Morden, one son, John Braun of Cook's Creek, three grandchildren and one sister and two nieces. He was predeceased by one brother, Isaac and one sister-in-law. Viewing today from 1:00 p.m. until 6:00 p.m. at Wiebe Funeral Chapel, 1050 Thornhill St. in Morden. Memorial service will be held at 11:00 a.m. on Thursday, August 1, 2013 at Morden Mennonite Church, 363 Gilmour St. with interment prior at 9:00 a.m. at Eigenhof Cemetery. Donations may be made in John's memory to the Kidney Foundation of Canada Manitoba Branch, Unit 1 452 Dovercourt Dr. Winnipeg, MB R3Y 1G4. Wiebe Funeral Chapel, Morden In care of arrangements, 204-822-4755 www.wiebefuneralhomes.com