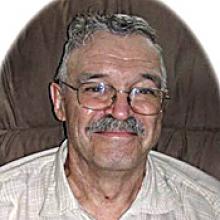 RENE VICTOR DUBOIS It is with deep sadness that we announce the passing of Rene Victor Dubois, at the young age of 64. Rene was a precious husband, father, pépère, great-pépère, brother and friend to many. After a two and a half year battle against cancer, Rene presented himself to his Creator on Wednesday, August 7, 2013. Rene is survived by his loving wife Jeanne (Preteau) of 44 years, three daughters, Jeannette (Jerry) Gentes, Rachel (Rob) Walford, Joanne (Ron) Paquette and one son, Roger (Sharlene) Dubois. Dad lived for his nine loving grandchildren (Justin, Jessica, Jasmine, Horace, RayAnne, Delayne, Hope, Daryl, Grace and one great-grandson Kayden. Rene was also survived by his mother Helene Dubois, four sisters, Eva (Arthur) Milette, Lorraine (Roger) Gobeil, Lynne (Matt) Harris, Ginette (Michel) Bertrand, one brother Leo (Leslie) Dubois. Rene was predeceased by his father Camille, sisters Colette and Reynalde. He was also predeceased by his parents-in-law, Denis and Marie-Ange Preteau, brother-in-law Roland Preteau and sisters-in-law Therese Roemer and Lou-Lou Preteau. Rene Dubois was born in St. Pierre, MB October 18, 1948 and lived the majority of his life in St. Malo, MB. He began his work career as a carpenter and ended as a commercial construction worker. Rene was known as the "Crazy Carpenter or should I say Carptener" to many. Rene lived for hunting and the outdoors. If you wanted a good laugh, he was the person to talk to because you would leave with a sore stomach and tears in your eyes. He could tell a sad story and make it funny. Rene was kind to everyone and everything. He will be remembered across the globe by people that followed the story of Makoon the bear cub he rescued. He was a very funny man full of stories and shenanigans. The most caring, loving and completely genuine soul was loved and will be sadly missed by so many. Funeral service will be held on Monday, August 12, 2013 at 11:00 a.m., in the St. Malo Catholic Church with internment in the church cemetery. VITA FUNERAL HOME IN CARE OF ARRANGEMENTS 204 425 3114