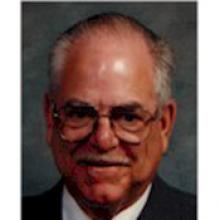 DONALD DULAKE ELLIOTT Peacefully on August 29, 2013, Don passed away at the St. Boniface Hospital Palliative Care Unit. Don was born in Calgary, AB, the son of Tom Elliott (1903 to 1988) and Dorothy (Dulake) Elliott (1902 to 1986). At age seven his family moved to Winnipeg where he obtained the majority of his education (Grosvenor, Robert H. Smith, Kelvin, and University of Manitoba Civil Engineering). He subsequently attended Edmonds Community College in Washington State and various short courses at Banff School of Management and others. On September 26, 1959 he married Beverely (Shewfelt) (1935 to 1987) and with her he fathered three children, Deborah (Randy) Gerylo, David (Lorne Harris), and Catherine Elaine (Bill) Boris. Also left to mourn are six grandchildren: Kyle, Christopher, Meagan and Alexander Gerylo; Andrew and Jeffrey Boris. Prior to graduating from university, Don was employed by the Winnipeg Tribune, Eaton's, and Eastman Kodak. After graduating in 1955 he was employed at Cowin Steel and Building Products and was Vice President at Preco Ltd. for six years in Winnipeg. Then he moved his family to North Vancouver (Chief Engineer at Superior Concrete) and from there to Seattle, Washington (chief Engineer and second in command at Pacific Testing) before moving back to Winnipeg for the rest of his career with the Manitoba Government as Director of Industrial Development and then as owner of BDI Business Development International. Don was active with many charitable and children's organizations. For example, he was Scout Master at St. George's 27th troop and Charleswood 49th troop as well as Group Chair at Westwood Presbyterian Church and District Chair. He quietly supported many organizations and sponsored several children through World Vision and fostered children through Child and Family Services. He was also very active with Bridging the Gap Ministry including prison visiting and was rewarded for his work with rehabilitation of high-risk offenders. He was a charter member of the Charleswood Kinsmen Club and the K40 club as well as Newsletter editor for the IBM PC Users Group. He started the Camera Club at Kelvin, and at University of Manitoba. As a member of the Rotary Club of Assiniboia he travelled to Japan leading a group of Rotaractors on a friendship exchange. His professional achievements included involvement on or chair of various technical committees of the Canadian Standards Association, the Prestressed Concrete Institute, and was a charter member of the Standards Council of Canada. He was a member of the Engineering Institute of Canada and was registered with Professional Engineering organizations in Manitoba, British Columbia and Washington State and was a life member of the Association of Professional Engineers and Geologists of Manitoba. He was instrumental in standardizing prestressed concrete piling, as well as the construction of many buildings and bridges in Manitoba and British Columbia, and launched one of the first computer businesses in Winnipeg. A Memorial Service will be held Thursday, September 5 at 2:00 p.m. at Westwood Presbyterian Church, corner of Westwood and Browning Boulevard (197 Browning Blvd.), Rev. Peter Bush presiding. In lieu of flowers, donations can be made to the Kidney Health Program, Seven Oaks General Hospital, www.sogh.ca/foundation or 204-632-3552.