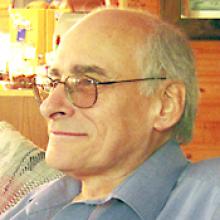 KENNETH (KEN) GEORGE BILYK September 1, 1947 ! December 8, 2013 Listen to the sounds of silence -- the Horn Man died. Ken was predeceased by his father, John; mother, Rose; and brother, Harry. He is survived by and will be greatly missed by Susan, his wife of 37 years; son, Greg (Lisa); brother, John (Tracey); sister-in-law, Eleanor Gordon; numerous nieces and nephews; and many friends. After his family and friends, sound and music were his first loves. Known as the man with ears like a dog; he heard things most people did not. Ken was respected throughout the industry and Bilyk Technologies worked with many architects and engineers to design the acoustics and sound systems for theatres, concert hall, and churches across Canada. Many performers such as Sugar n Spice, the Jury, the Mongrels, Bobby Vinton, Joan Rivers to name a few, benefited from his audio talents and hands at the controls. Ken never turned away a request for help. When asked a question, he had an answer. If he did not know enough about the topic, he would do extensive research. He was a self-taught computer enthusiast, more knowledgeable than most of the so called "experts", although he never charged for his computer expertise. Photography was another interest at which he excelled. He was an "information junkie" long before the phrase was coined. Nothing escaped the vortex of his thirsty mind. Indeed, as a pack rat, he usually had the original information stored somewhere in his home office. Ken was Susan's unofficial assistant, supporting her volunteer activities with MTS, her union and retiree group. Failing health slowed down his body, but did not diminish the pleasure he took in his family, friends, his dog Duke and cat Ginger. He was very proud of the man his beloved son, Greg, had become and was looking forward to the birth of his first grandchild next summer. A celebration of Ken's life will be held at 2:30 p.m. on Monday, December 16, 2013 at Coutu Funeral Chapel, 680 Archibald Street. A private interment will take place later. In lieu of flowers, donations may be made to the St. Boniface Hospital Research Foundation or a preferred charity. The Coutu Family in care of arrangements: E.J. COUTU & CO. FUNERAL DIRECTORS 680 Archibald Street 204-253-5086 ejcoutu.com
Publish Date: Dec 13, 2013

KENNETH (KEN) GEORGE BILYK It is with heavy hearts that the family announces the passing of Ken Bilyk on Sunday, December 8, 2013 at St. Boniface Hospital at the age of 66 years. In keeping with Ken's wishes, cremation has taken place and a celebration of his life will be held on Monday, December 16, 2013 at 2:30 p.m. in the Coutu Funeral Chapel, 680 Archibald Street. A longer obituary will follow in Friday's edition. The Coutu Family in care of arrangements: E.J. COUTU & CO. FUNERAL DIRECTORS 680 Archibald Street 204-253-5086
Publish Date: Dec 12, 2013