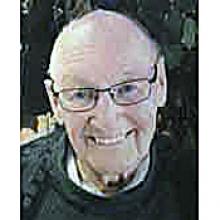 WILLIAM (BILL) MARTENS 1927 - 2013 On Friday December 20, 2013 at Salem Home in Winkler, MB Bill Martens, aged 86 years formerly of Manitou went to his eternal rest. He leaves to mourn his passing his wife, Mary (nee Gerbrandt), one daughter, Diana and Waldo Klassen (Darcy and Kate, Devin, Vanessa and Jimmi) of Gimli, three sons, Ron and Karen Martens (Joel, Erin, Lauren, Mikaela) of Neuenberg, Jim and Debbie Martens (Ryan, Brittany, Alyssa) of Kaleida, Randy Martens of Winnipeg as well as five great grandchildren, three sisters and five brothers. He was predeceased by his first wife, Mary (nee Penner) in 2003 and two brothers. Funeral service was held at 11:00 a.m. on Monday, December 23, 2013 at Maranatha Christian Fellowship with interment at Darlingford Cemetery. The family would like to thank the staffs at Salem Home and Boundary Trails Health Centre for the exceptional care they showed to Bill. Wiebe Funeral Home, Winkler In care of arrangements, 204-325-4201 wiebefuneralhomes.com