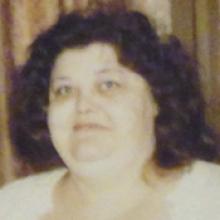 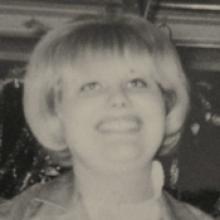 FLORIE MARIE CARPENTER (nee BEATON) It is with heavy hearts that we announce the sudden passing of our wife, mother, grandmother, sister, aunt and friend on January 11, 2014. Florie was born on December 23, 1945 to Allen and Florence Beaton. The first of four other siblings, born and raised in Dauphin, MB. Florie moved to Winnipeg in 1969 to attend beauty school, it was there she met her soon to be husband Larry Carpenter. On January 24, 1970 they were wed. They resided in Winnipeg for five years, then moved to a farm in Arnaud for four years and settled in Dominion City with their four children until her passing. Florie is survived by her husband Larry, children Cindy, Hollie (David), Larry and Candice (Grant), grandchildren Alisha, Crystal, Tristan, Dillan, Adrianna, Savanna and Douglas as well as many nieces, nephews and extended family. Funeral service will be held on Friday, January 17, 2014 at 2:00 p.m. from the Riverside Evergreen Chapel in Dauphin with Rev. Steve Wilson officiating. Interment will take place at a later date. The obituary can also be viewed at www.sneathstrilchuk.com Sneath-Strilchuk Funeral Services Dauphin, Manitoba (204) 638-4110 www.sneathstrilchuk.com