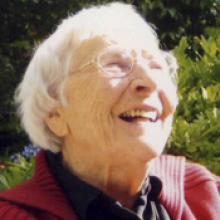 ETHEL MARGARET FUTERS FULTON It is with heavy hearts we announce the passing of E. Margaret Fulton on January 22, 2014 at the age of 91, on her beloved Salt Spring Island. A full life with exceptional accomplishments, Margaret Fulton exuded a rare zest for living and learning that had a profound impact on everyone who knew her. Dr. Fulton to her peers, Margaret to her friends, and Aunt Peg to her family, will be missed, but remembered by all. Margaret was born in Birtle, Manitoba on September 8, 1922, as the seventh and youngest child of Ernest and Ethel Fulton. While raised on the farm and learning all of the same work habits exemplified by her older siblings, her passion was education. Margaret completed her Grade 12 at the Birtle Consolidated School in 1941, and graduated from Winnipeg Normal School in July, 1942. That Fall, she began a teaching career at Penrith, a one room rural school, and never looked back. The next two years she taught grades seven and eight at Russell School and in 1945 she moved to Dauphin Collegiate to teach grades nine and 10. During the war years, her summers were spent back on the farm helping with all the farm work. By 1947 with the war over, her brothers had returned to take up farming and her parents retired to Birtle. Margaret was free to take a teaching position at the Fort William Vocational School in Ontario. Committed to lifelong learning, she completed a B.A. at the University of Manitoba, an M.A. at the University of British Columbia, and a Ph.D. at the University of Toronto. She subsequently spent seven years teaching at Waterloo Lutheran University before accepting a position as Dean of Women at UBC in 1974. In 1978, Margaret became the President of Mount Saint Vincent University in Halifax until 1986. From 1986 to 1996, she was an Adjunct Professor at UBC. She holds 15 honourary degrees, an Officer in the Order of Canada, and holds the Governor General's "Commemoration of Persons" Award. Margaret was a well-known Canadian educator, administrator, social activist, feminist and volunteer. She has been recognized both nationally and internationally for her efforts in women's education and more recently for seniors' health, serving as Chair of the Seniors' Advisory Committee to the Ministry of Health in BC. She was a Vice-Chair of the Women's World Summit Foundation, Geneva, an NGO committed to further education, health and equality for rural women. Much in demand as a consultant on government and university committees and as a keynote speaker and conference panelist, Margaret challenged myths and misperceptions surrounding the education and role of women. She has been the subject of a full length documentary, A Round Peg, and of a full length book biography by Dr. James Doyle called, Transformations: The Life of Margaret Fulton, Canadian Feminist, Educator and Social Activist (ECW Press, 2006). As chronicled in Doyle's biography, she was empowered by her ability for public speaking: "For the first time I had the power of speech - I saw what could be done with words, for I had a vision of a new world as I talked." Margaret retired to Salt Spring Island in 1996, but continued to be actively involved in a variety of organizations through the remaining years of her life. Throughout her life, family was always foremost in Margaret's life. She was a strong force in the lives of her 17 nephews and seven nieces, and the growing legion of great-nieces, nephews and then great-great-nieces and nephews. She showed genuine interest and great love for each new addition to the Fulton clan, and travelled far and wide keeping connections strong between all the generations. She was truly one of the vital threads connecting all of us. Her wonderful sense of humour and distinctive laugh drew one and all to her side, and her tremendous spirit of adventure took us all along for the ride. Her great many friends, both old and new, are a wonderful reflection of the person Margaret was. Her Salt Spring friendships have been a great support in recent years. Margaret's 90th birthday celebration on Salt Spring in 2012 brought family and friends, old and new, together to form a wonderful memory for all of us. Margaret is survived by her sister Eva Robinson, her large extended family, numerous friends, and an extensive educational legacy. She will be sorely missed. A special thanks to all the doctors, medical attendees and care givers that helped Margaret in the past few years. A Celebration of Life for Margaret will be held at the Salt Spring United Church (111 Hereford Ave., Ganges) at 2:30 p.m. on Saturday, February 8. Friends and family are invited to attend a reception following the service at Harbour House Hotel. Interment will follow in May in Birtle, MB. More details on this service will be posted to the website: http://www.forevermissed.com/ e-margaret-fulton/ Margaret Fulton was a great supporter of many organizations and causes over her lifetime and would be pleased that donations are being made in her name to any of these ventures. We also know that Margaret saw her time as President of Mount Saint Vincent University in Halifax as the opportunity to put into action many of her ideas and beliefs and as such contributions to the Mount would certainly meet her wishes: https://forms.msvu.ca/donate/