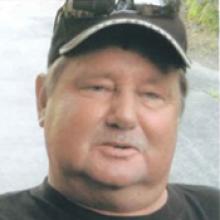 ROBERT JAY WEGER After a long hard battle Robert passed away peacefully with his family by his side on Tuesday, February 18, 2014 at the age of 51 years. Left to mourn Robert's memory are his wife Karen; parent,s Ed and Vivian; brothers, Richard, Edward and Jimmy; sisters, Debbie Mueller (Benny), Pat Gustafson (Clinton), and Rose Woods (Al); brother-in-law, Graig Longmuir; plus numerous nieces, nephews, and cousins. Robert was born October 5, 1962 in Sault Ste. Marie, ON. He grew up in Manitoba and was known for his ability to fix almost anything. He enjoyed quadding and snowmobiling and tinkering with motors. He met his wife in 1995, got married in April of 1996 and they enjoyed 16 years of happy marriage. Robert has fought the battle of diabetes all his life and can now be free from pain. A private family service will be held in the spring. The family would like to thank Dr. Rush and the transplant team at the Health Sciences Centre, also a very special thank you to Dr. Zappa and the nursing staff from Medical 2 at Selkirk Hospital for their excellent, kind and compassionate care. Donations in Robert's memory may be made to the Kidney Foundation, Unit 1 - 452 Dovercourt Drive, Winnipeg, MB R3Y 1G4. Wojcik's Beausejour Funeral Chapel & Crematorium, is in care of arrangements. wojciksfuneralchapel.com 204-268-2263