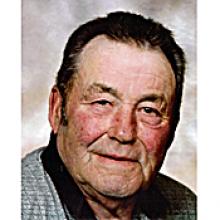 GORDON HORNAN Gordon Hornan, 77, of Giroux, passed away Saturday, February 22, 2014 at Ste. Anne Hospital, after a lengthy illness. He is survived by his wife Marilyn, sons Michael (Lita), Robert and Darrell (Barb), four grandchildren and two great-grandchildren. As well as two sisters, one brother and their families. He was predeceased by his parents and son Phillip. During his lifetime, Gordon enjoyed construction projects which led to a long 36 year career with Harper Construction and then several years with NDL. This also led to creating lasting friendships with many First Nations communities in the north. Gordon willingly met many community needs with his time and efforts. His wisdom, laughter and quiet presence will be deeply missed by family and friends. A special word of thanks to the doctors, nurses and staff at Ste. Anne Hospital. The memorial service will be held Friday, February 28, 2014 at 2:00 p.m. at Birchwood Funeral Chapel, 150 Penfeld Drive, Steinbach, MB. Ash interment will be held at a later date. In lieu of flowers, donations can be made to Ronald McDonald House or The Dream Factory (formerly The Rainbow Society) Arrangements by: BIRCHWOOD FUNERAL CHAPEL 1-204-346-1030 OR 1-888-454-1030