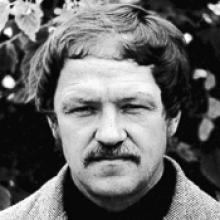 CHARLES CLIFTON DIXON Passed away at the age of 77 years at the Boissevain Hospital on March 12, 2014. He is survived by his children Ian (Kelly) and Michele (Willy), grandchildren Camille, Keith and Alex, sister Harriet and brother-in-law Paul Hart, sister-in-law Dorothy and nieces and nephews Nancy, Jeff, and Nathaniel. Chuck was born in Winnipeg, MB, and he grew up on a farm north of Morris. He was educated in Silver Plains and Morris schools, and thereafter attended the University of Manitoba and the University of Montana. After graduation, Chuck began his career with the Province of Manitoba as a Habitat Specialist. He was a wildlife management biologist with a special interest in agriculture, and he enjoyed tackling projects to develop marginal farmland into wildlife conservation applications. In 1988, he began writing a weekly column on wildlife which was published in a number of rural newspapers. Since his retirement in 1995, Chuck spent much of his time at his home located on his unique quarter section adjacent to the Turtle Mountain Provincial Park. He greatly enjoyed living there and developed a diverse network of friends in the area. In accordance with Chuck's wishes, a funeral service will be held later this spring in Boissevain. The family extends special thanks to Dr. Meyer Nell and the nursing staff at the Boissevain Health Centre for their special care of Chuck. Messages of condolence may be placed at www.brockiedonovan.com. Arrangements are in care of Brockie Donovan Funeral & Cremation Services, Brandon, (204) 727-0694.