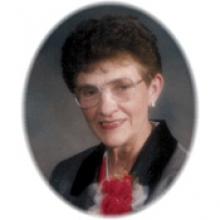 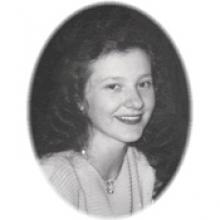 SUSAN BRATKO SLOBODIAN BENNETT Susan Bratko Slobodian Bennett was born on the family farm in the Volga District in the RM of Mossey River, Manitoba, on March 17, 1932. She was the youngest and 13th child of Nicholas and Martha Bratko (nee Anthony). She died at her home in Gilbert Plains on Friday, March 21, 2014. She is survived by her only child Deanna Slobodian and John Reimer of West St. Paul, MB, one sister Olive Lavigne of Trail, BC, four generations of nieces and nephews and Lloyd Bennett. She was predeceased by her father in 1961 and mother in 1976; four brothers Tymko (and Mary) Bratko, John (and Berna) Bradcoe, twins Paul (and Annie) Bratko, and Peter (and Lena) Bratko of Dauphin; seven sisters Helen Pokotylo Beyko (John and Tony), Nellie (and Peter) Bileski, Annie (and Peter) Masiowski, Mary (and William) Switzer, Elsie (and James) Richardson, Rose (and Paul) Ohryn, Clara Bratko, and brother-in-law Larry Lavigne. Susan attended Don and Mossey River Schools and in 1948 moved to Winnipeg for work in food service. In 1949 she met John Slobodian from Tolstoi, MB and they married in Dauphin on June 19, 1954. In 1960, they had their only child. After some years of discord, they separated and Susan then lived life on her own terms. She raised her daughter as a single parent, working in restaurant management. At age 36 she decided to return to school and in 1969, graduated from Red River College with certification in Bookkeeping and Office Administration. She was then employed as a bookkeeper / office administrator and embroidery graphic designer for Seder Sportswear in Winnipeg for 16 years. Susan divided her life between Fork River, Winnipeg and the Dauphin area of Manitoba, and in 1985 decided to travel and return to reside in Fork River, where she made new friends and re-connected with old ones. In 1990 she met Lloyd Bennett in Dauphin and they became acquainted. In April 1993, John Slobodian passed away; she married Lloyd on December 21, 1996, in Dauphin. She had many loves: mainly her family, followed by Ukrainian and country music, dancing, singing, animals, cooking, cleaning, travel, camping, fresh air, gardening, canning, reading, playing the guitar and mandolin, attending music festivals, and craft. From a young age Susan was independent, headstrong, temperamental and determined. As an adult she was a hard woman during the course of her life. No one could tell her what to do; but she would tell you exactly what to do and how to do it! Susan was officially diagnosed with Dementia in 2011, but her abilities were failing for a time before. She moved to Gilbert Plains Personal Care Home for the remainder of her life. During this time Lloyd separated himself from Susan. He moved on with his life and she with hers. She was loved and will be missed by her family. Funeral Service for Susan was held on Saturday, March 21, at 11:00 a.m. from the Dauphin First United Church, Rev. Larry McPhail officiating; Interment at the Dauphin Riverside Cemetery. Pallbearers were nephews Michael Ohryn, Ernest Bratko, Martin Wakula, Mitchell Wakula, Larry Lytwyn and Jason Oversby. Donations in memory of Susan Bratko Slobodian Bennett may be made to the Parkland Humane Society, Box 805, Dauphin, MB R7N 3B3. A special thank you is extended to niece Deanna Ohryn Paquin for all the love, care and assistance she provided Mother during her last years. MOTHER You can only have one mother, Loving, kind and true; No other friend in all the world Will be so true to you. For all her love and kindness, She asked for nothing in return; If all the world deserted me, To my mother I could turn. For those of you who have a mother, Treasure her with care, For you will never know her value Till you see that she is not there. To hear her voice, to see her smile, To sit and talk with her awhile; To be together in the same old way, Would be my dearest wish today. Sneath-Strilchuk Funeral Services Dauphin, Manitoba (204) 638-4110 www.sneathstrilchuk.com