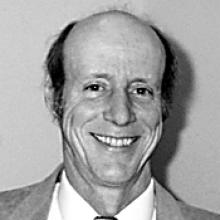 WILLIAM (BILL) HERBERT TAYLOR On Thursday, April 24, 2014, Bill passed away at the age of 73. He is survived by his wife Marilyn, daughter Angie, son-in-law Ryan Butterwick, granddaughters Taylor and Hope; sister Laurel, brother-in-law Keith Garvie, brother Ken, sister-in-law Kris, brother-in-law Marvin Findlay as well as many nephews and nieces. Bill was born and raised in Winnipeg, MB. He spent time in the US Marine Corps from 1962-1965, based at El Toro. Upon his return he joined the Winnipeg Fire Department, proudly serving the City from 1965-1978 and then worked in Fire Prevention for the rest of his career. He will be greatly missed by family and friends. Flowers gratefully declined. Donations to The Canadian Cancer Society would be appreciated. A memorial service will be held on Tuesday, May 6 at 1:00 p.m. at Faith Lutheran Church, 1311 Dakota St.