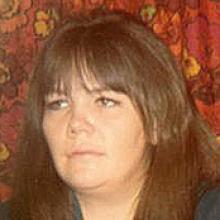 LEONA LAVERNE HABINSKI (nee KIRKNESS) It is with a heavy heart we announce the passing of Leona Habinski on Saturday, May 24, 2014 at the Health Sciences Centre at the age of 72. Left to cherish her memory are her children Edna (Larry) Louis, Teresa (Joe), David, Merna, her many grandchildren, great-grandchildren and great-great-grandchild. Her sister Donna Hare (Reg) and family from Burlington, ON and brother Don Kirkness (Corrine) and family from Dayton, NV, numerous nieces and nephews. Leona was predeceased by her mom and dad, Edna & Edward Kirkness, sisters Merna Charlebois, Clarice Budd, Adrienne Prince, brother Delmar Kirkness, niece Kim Watkins. Leona was born February 24, 1942 in Winnipeg, MB. She was a cook by trade all her life. She started at Pony Corral and then moved to Town & Country. She then went on to cook for CP Rail. She loved nothing more than to travel alongside the men and cook. It was her passion. When she wasn't working she spent many hours nurturing and taking care of her many grandchildren. Viewing will be held on Wednesday, May 28, 2014 from 7:00 p.m. to 11:00 p.m. at Aboriginal Funeral Chapel, 724 Selkirk Avenue at Parr Street. Funeral Service will be held on Thursday, May 29, 2014 at 10:00 a.m. also at the Chapel. Interment to follow at Brookside Cemetery. We would like to say thank you to Dr. Meyers, Dr. Ramsey and all the nursing staff of the 6th floor Unit GH of the Health Sciences Centre for the loving care they provided. Aboriginal Funeral Chapel 204-586-7700 www.aboriginalfuneralchapel.com