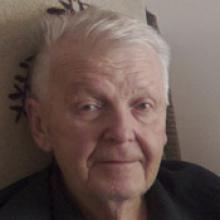 ZENITH (ZANE) LEWKIW September 17, 1937 - June 16, 2014 Zane passed away peacefully in his sleep after struggling with his health for several years. He is survived by Sandra, his wife of 55 years, his children Mike (Cindy) of Winnipeg, Marcy of Irvine, California, Sean (Isabelle) of Vancouver and joining them, to complete the circle of life, a new baby girl- Juliette (Zane's first grandchild) arrived June 18th. Also survived by sisters-in-law Liz (Gary) Cullingham and Jacki Bastable, brothers-in-law Bob Campbell and Dan (Lisa) Weston and several nieces and nephews. As an only child, he was predeceased by his parents Mike and Nettie Lewkiw and his parents-in-law Art and Phyllis Weston; also predeceased by sister-in-law Judy Campbell and brother-in-law Terry Bastable. Zane was born and raised in a two room cabin in Rennie, MB and moved to Winnipeg at the age of 10. He attended St. Johns High School and Tech Voc Collegiate. Zane achieved his childhood dream of becoming a locomotive engineer, serving 37 years with CNR until his retirement at age 55. He spoke fondly of his runs, his favourite being to Sioux Lookout. Zane built the family home in Anola, MB with his own hands. He later undertook the on-going project of a model railway and the entire basement became the site of his masterpiece and his extensive collection of brass locomotives. In his early years there was nothing Zane couldn't achieve; rebuilding an automatic transmission or engine, putting up a barn on the weekend or making dumpling stew. He also loved fishing, making models, and woodworking, building many pieces of fine furniture and remodelling the house to greater standards each time. All was self-taught and he was confident that no matter what, he would make it work. He passed his "can-do" attitude on to his children and made us believe in ourselves. He was very proud of us and all our successes in life. Zane/Dad was a man of few words; when he spoke we would always listen very carefully. His wise advice was often "Relax, just relax." Zane's most enduring joy was long walks with his beloved dogssomething he talked about until the very end. He looked forward to his weekly lunches with his model railroad buddies at Foody Goody. Thank you Marcel for making sure he was always at the table. Special thanks to the Prime Program and the wonderful staff at Kildonan Personal Care Home. Cremation has taken place. Memorial service and interment will take place at a later date. In lieu of flowers, donations may be made to the Parkinson's Society of Canada or a charity of your choice.
Publish Date: Jun 21, 2014