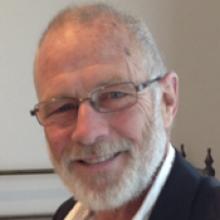 JOHN FRIESEN It is with great sorrow that we announce the sudden passing of John M. Friesen, at the age of 63. He was born January 1, 1951 in Steinbach, Manitoba, to John and Betty Friesen. He passed away accidentally on July 21, 2014, near Maple Creek, Saskatchewan. John is survived by his wife Chris; their three children: Michael and Heather, Jason and Shannon, and Kimberly and Robert, and four grandchildren, Quentin and Colton, Ashley, and Mason. He is also survived by his siblings: Jean Charrington, James Friesen, Yvonne Rempel, Joanne Wiebe and Joyce Tysseland and their families. He was predeceased by his parents and one grandson, Cody. As we sorrow, we also celebrate the life that John shared with the many people that he loved and the many joys that life brought to him. John met the love of his life, Chris in 1968, at the Steinbach Ice Arena, and they were married April 17, 1970. Together they were blessed with three beautiful children, who John loved and was proud of, and who brought him much joy. Being in the family business from a young man, John and Chris moved many times. Their first home was in Winnipeg for a short time, before moving back to Steinbach and working with his dad at Friesen Drillers. In 1979 the family moved to Alberta where John built an oil rig. In 1981 the family moved to Eureka, Kansas to work, and then in 1983 John and his family moved to Melita, Manitoba, all the while continuing in the oil drilling business. In 1987 the family moved back to Winnipeg so John could take over the family water well business, and in 1992, John and Chris moved to Ste. Anne to be closer to the new facilities. Finally in 1998 John and his wife moved back to Steinbach where he resided until his passing. John was full of life, full of energy, and full of ideas. He loved to spend time with his family, whether in the summer or winter, at the cottage. His first cabin was purchased in 1985 on Pelican Lake with much time spent either on the lake enjoying various watersports with his children or sitting around the fire pit on makeshift bus seats late into the night. Upon his return to Steinbach, his love with cabin life moved to White Lake were it transitioned into pulling his grandchildren behind the boat. Winters also saw him on the snowmobile. In March of 2011, John and a buddy snowmobiled from Thompson to Churchill, following the railroad tracks and power lines as a road map and creating their own trails where none existed. In 1973 John got his pilot's license, and renewed his flying bug in 2006, when he and his brother James built their own aircraft. John served as president of the Canadian and the Manitoba Water Well Associations and was heavily involved in the development of industry standards and certification of drillers. Recently John joined the Steinbach Toastmasters and was proud of his achievements there, and looked forward to where this might lead. John was a great supporter of the Steinbach Arts Council and the Steinbach Pistons as well as many other local charities and events. Being a man that needed to experience the fullness of life, John renewed his love of the motorcycle in 2000. He rarely missed an opportunity go on a ride whether it be around the corner or around the country. On occasion Chris joined John and she remembers fondly the trips to Sturgis, and to Death Valley in California. In the most recent years, John joined a Leader Impact Group, which consisted of business leaders ministering in their area of expertise, and a sharing of their faith. This is where John realized that although he was leading a good and honest life, the spiritual side was missing. It is at this point that John re-dedicated his life to the Lord, and his passion for Jesus Christ. He was baptized upon his confession of faith, on June 8, 2014, and joined Stony Brook Fellowship in Steinbach, Manitoba. Already having been on business and faith trips to Medellin, Columbia, John was very much looking forward to his upcoming trip this November, because his wife Chris would be joining him. The family wishes to extend a special thanks to the eight bikers who were with John at the time of his passing, and to the paramedics and the attending nurse who looked after John during his last moments. The celebration of life will be held on Tuesday, July 29, 2014 at 11:00 a.m., at Southland Church in Steinbach, with interment at the Heritage Cemetery immediately following the service. If friends so desire, donations may be made to CancerCare Manitoba, Diabetes Foundation, or Heart and Stroke Foundation. Arrangements by Birchwood Funeral Chapel 1-888-454-1030 or 1-204-346-1030