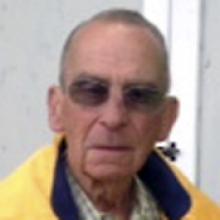 WILLIS RICHARD (WILL) Sadly Will died on July 16, 2014, surrounded by friends and family, after a long struggle with heart disease. He is survived by his son, Jeremy and Jeremy's mother Susan, three stepchildren Jeana, Jodie and Adam Rhinesmith, and four step-grandchildren Eugene and Mallory Evenson and Maxxamus and Gustav Lovaas; as well as many other friends and family. He was predeceased by his wife Jeanine, his parents, Edna and Clifford Richard, and his sister, Claudia Johnson and her family. Will was born in Bismarck, North Dakota in 1943. He lived on the family farm until he was 12, when his father died, and the family moved to Bismarck where he graduated from high school. He graduated from North Dakota State University in 1967 with a degree in Architecture. He was drafted into the U.S. Army and served from 1968 to 1970. He was stationed in Europe. He worked in Minneapolis for three large development companies. In 1975 he moved to Winnipeg to work for Qualico Development Company. During this time he met and married Susan and they had one child, Jeremy. After he completed his contract, he started his own firm, specializing in residential architecture. He had a particular interest in infill housing. In 2000 he reconnected with his college sweetheart Jeanine Lively. They married in 2003. Will was a devoted husband and cared for Jeanine until her untimely death in 2010. Will was a gifted architect and a talented woodworker, but his greatest talent was his ability to teach people the skills to complete projects on their own. He was generous with his time and talents and had a strong sense of community. He loved boating, particularly sailing, skiing and camping. Will would like to thank his friends and family and all of those who supported both he and Jeanine through their illnesses, giving their time, taking them out, providing meals and encouragement. His family would like to thank Dr. Roy Smith, Dr. Czarnecki, Dr. Thorlakson, Dr. Hiebert; Judy, his nurse from the W.R.H.A. Palliative Care Program and the St. Boniface Palliative Care Unit. At Will's request there will be no formal service but there will be a celebration of Will's life on August 12, 2014 at 597 Carlaw Street, Winnipeg from 7:00 p.m. to 9:00 p.m. His ashes will be scattered in the summer of 2015. Choose to be happy, helpful and forgiving.