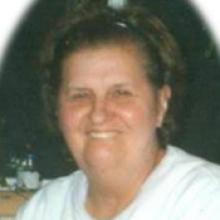 MARY ROLSKY With sadness we announce the sudden passing of Mary Rolsky on Sunday, August 10, 2014, at the age of 67. She is survived by her brothers, Paul (Julia), William (Shirley), John (Bev), many nieces and nephews and great-nieces, as well as her caregivers. She was predeceased by her parents, Michael and Lena and her sisters, Luba and Audrey (her twin). Mary grew up in Zhoda, MB, later moving to Vita, Ste. Anne and Steinbach. She worked at a thrift shop in Ste. Anne up until the time of her passing. Viewing will take place at Vita Funeral Home, Vita, MB on Sunday, August 17, 2014 between the hours of 5:00 and 8:00 p.m. Funeral service will be held at St. Demetrius Ukrainian Catholic Church in Vita, MB on Monday, August 18, 2014 at 10:30 a.m., with interment in the parish cemetery. Arrangements entrusted to Vita Funeral Home Vita, Manitoba (204) 425-3114.