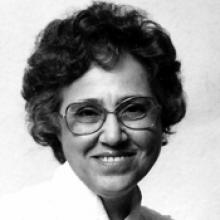 LUCIA (LUCY) THERESA ZATYLNY Lucia (Lucy) Theresa Zatylny passed away peacefully at the Sandy Lake Personal Care Home on August 30, 2014 with family at her side. She was born to Tomasz and Aniela Zatylny on the home farm near Erickson, MB. She is survived by brother Mike (Doreen) Zatylny of Sundre, AB, sister-in-law Anne Zatylny of Sandy Lake, MB and numerous nieces and nephews. She was predeceased by her parents Tomasz and Aniela Zatylny, sisters Jean Zatylny, Leona Zatylny, Caroline Bachewich, brother Dan Zatylny, brother-in-law Harry Bachewich, and niece Shirley Bobbie. Lucy attended school at Jackfish and Sandy Lake. After working in Vancouver, New York, and Florida Lucy moved to Manitoba to continue her career in the hospitality industry as banquet hostess until 2002 at the International Inn (Winnipeg), Viscount Gort (Winnipeg) and Elkhorn Resort (Clear Lake). She was highly respected and admired for her hard work and dedication. Lucy's interests included gardening for which she won awards, decorating cakes for special occasions, cooking and baking (with a flair). Also playing a major role in her life was the church where she contributed her time and talents. Over the years Lucy became very interested in her family roots. She actively assisted in moving Polish relatives to Canada and helping them establish themselves in this country. As well, she selflessly helped many others who arrived from Poland by acting as their interpreter etc. Lucy's smile and spirited ways will be missed by her family, friends and the staff at the Sandy Lake Personal Care Home. The funeral will be held Saturday, September 6, 2014 at 11:00 a.m. at St. Anthony's Roman Catholic Church at Jackfish (East of Sandy Lake) with Fr. Mark Filips officiating. Memorial gifts may be made to Jackfish Cemetery (non-registered charity) c/o P.O. Box 121, Sandy Lake, MB R0J 1X0 or a charity of choice. Remembrances and condolences may be emailed to raesfs@mymts.net Rae's Funeral Service of Erickson is in care of arrangements. (204) 636-7727