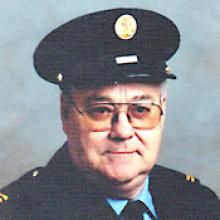 STEWART DOUGLAS ROSS 1928 - 2014 The Ross family lost its beloved patriarch on November 1, 2014 with the peaceful passing of our dad and papa. He is now reunited (and probably having a cup of tea) with mom (Gloria/Glo/Nana), who passed away July 2012. Dad (Stu/Stewie) leaves behind three sons: Terry (Debbi), Brad and Don (Dorothy), and his 'baby girl' Susan (Darren), along with 'adopted daughter' Joan (Brian) Charette. Also mourning are nine grandchildren: Lisa (Devin), Miles, Cory (Sherri), Dawn (Don), Megan, Dustin, Ross, Gage and Shae; eight great-grandchildren; sister-in-law Ev Butterworth and many relatives and friends. Dad was born in Winnipeg on February 10, 1928 and grew up on McPhail St. in Elmwood with his father Jim, mother Ethel and sister Joan, all deceased. As a 15-year-old, he met a young girl from nearby McIntosh Avenue and his life would never be the same. Stu and Glo married on October 2, 1948. In 1950, they started their family. On February 1, 1954, dad began his distinguished career with the Winnipeg Fire Department, one where he made many lifelong friends and from which he retired on June 5, 1988 as a captain. Dad was in navy cadets as a teen where he joined the marching band as a drummer. A Scot through-and-through, he played in the Queen's Own Cameron Highlanders Band and later in the ANAVET Unit 303 Pipes and Drums Band. Highlights of his musical career were appearances at the Tournament of Roses Parade in Pasadena, California, and performing for family and friends annually at Folklorama. The pipe bands were another source for dad's long list of friends. Dad and mom raised their family in East Elmwood a great place to grow up. Frequent family camping trips (often with the Brough family) led to the purchase of a cottage at Hillside Beach, 'home of the Ross clan'. Family came first, and dad was always shunting kids to and from school, sporting events, and so on. After his family, what dad loved most was laughter. No one was immune from his gentle barbs and if you really wanted to get in his good graces, you gave it right back. He loved being surrounded by little ones and family dogs. Dad was like the captain of a hockey team who is the strong, silent type and leads by example. He never told his kids what to do, but showed them through his actions. Anyone who met him, regardless of age relatives, friends, neighbours, workmates, band members, in-laws, friends of his kids/grandkids, care-workers loved him. He was a gentleman and the nicest guy you'd ever want to meet. He taught us humility, honesty and humour (and an appreciation for good scotch). We miss him terribly. Thanks for everything, dad, we sure had fun! Thanks to the staff at Nova Vista Lodge for their care the past few years. They made his final chapter as comfortable as possible. A Celebration of Life will take place Wednesday, November 12 at 2:00 p.m. at East St. Paul Banquet Hall, 266 Hoddinott Rd. In lieu of flowers, donations may be made to the Firefighters Burn Fund. For those who wish to sign the online Guest Book please visit our website. www.chapellawn.ca 885-9715