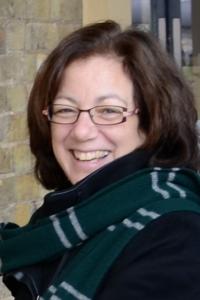 FRAN STEINBERG BA, BSc (med), MD FRCPC Dr. Fran Steinberg passed away peacefully November 8, 2014, with her family at her side at the St. Boniface General Hospital. She is survived by her husband Lewis Rosenberg, her sons Jason and Seth, her daughter Raffie, her mother Edythe Steinberg and her dogs Duke and Tessa. She was predeceased by her father Sam Steinberg. She was born in Winnipeg, MB and attended St. John's high school, York University, University of Toronto and University of Manitoba Medical School. Fran was a loving mother and wife and dedicated physician. She grew up in the North End of Winnipeg and danced and taught at the Royal Winnipeg Ballet. She then left Winnipeg for eight years to pursue and discover many passions including dance at York University and teaching Montessori in Turtle Creek, New Brunswick, and Perth, Ontario, where she also learned to ride dressage. She eventually returned to Winnipeg and decided to pursue a career in medicine, like her father, Dr. Sam Steinberg. While doing her residency in Psychiatry in 1985, she met her future husband, Lewis Rosenberg, and got married in 1986, giving up a fellowship at Harvard to raise a family in Winnipeg. There was nothing Fran could not do from baking home made challah every week to making Halloween costumes, and looking after her family in a way that few achieved. She always put her children first, never missing a track meet, debate tournament or dance class. She was the go-to mom for all her children's friends. She even produced a cookbook to pass on her family recipes and the tradition and warmth of home made meals to her children and future grandchildren. Fran achieved this special relationship with her family while running a successful medical practice. Fran was dedicated to her patients, who she would see in an emergency at any hour. Fran was seeing patients until she was physically unable. In her last year, many patients expressed deep appreciation for the impact that Fran had on their lives. They described how Fran enabled a rich and fulfilling life that would not have been possible without her work. After 30 years of practicing, Fran was appointed to the Manitoba Medical Review Board, which she took as a great honour. The family would like to thank all the people that cared for Fran at Goldman Sachs Family Medical Program, New York Presbyterian, CancerCare Manitoba, and Palliative care at St. Boniface Hospital. Fran was touched by the support of her friends and family over the last two years from sleep overs at the hospital to coffees, lunches, babies and dogs her friends were there to support her in a difficult time. In accordance with Fran's wishes, a funeral was held at Shaarey Zedek Synagogue on November 10 with interment at Shaarey Zedek Cemetery. Pallbearers were her brother-in-law Ken Rosenberg, family friend Max Steinkopf, cousin Zehorit Heilecher and her "adopted" children Daniel Asper, Hassan Abouzeid and Madison Maidment. In lieu of flowers, we are establishing a scholarship at the University of Manitoba medical school in Fran's honour. Contributions can be made online at http://igg.me/at/franscholarship or directly c/o Monica Carlberg 200-137 Innovation Drive Winnipeg, MB R3T 6B6. Her soul has returned to the Lord who gave it where she will have eternal life. Rest in Peace, Fran.