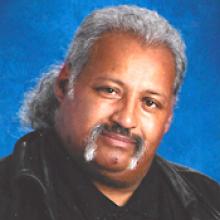 LEO RICHARD SYMONDS On November 14, 2014 at Concordia Hospital, Leo Richard Symonds passed away at the age of 56 years. Leo is survived by his brother Michael. He was predeceased by his mother Adeline (nee Obirek) and father Leo. The family would like to thank the doctors and staff at Concordia Hospital and all the relatives and friends who showed their love and respect by coming to see him before his passing. A Memorial Service will be held on Thursday, November 20 at 7:00 p.m. at Cropo Funeral Chapel, 1442 Main Street. Reception to follow. 204-586-8044