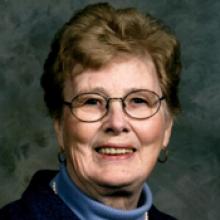 RENA (BROTHERS) COULTER (nee MITCHELL) With great sadness we have said goodbye to our much beloved mother, grandma, sister, aunt and friend, Cairene (Rena) Coulter (Brothers), nee Mitchell, on Saturday November 15, 2014. She will be forever loved and remembered by her children Kevin (Dianne) and Derek (Erin) Brothers, Jill (James) Salamon and Kip (Karen) Coulter, her grandchildren Lindsay and Melanie Brothers, Isaac and Margaret Kelley, Blake, Caitlin (Aaron Hursh), and Allison Vancoughnett, Chris (Kari) Salamon, Charlotte (Chris) Bliss, Jessica, Carley, Riley and Kayla Coulter, and great-granddaughters Emma Vancoughnett and Julia Bliss. She will also be lovingly remembered by her brothers Earle and Keith, sister Diane (Fred) Thorgilsson, sisters-in-law Ella Mitchell, Betty Ann Ryberg, and Reita Doak. Her many nieces and nephews will remember her as a kind and loving auntie. She was predeceased by her husband Weir Brothers (1965), and husband Roy Coulter (2002), brother Laverne Mitchell (2005), sister Wilda Kirbyson (2006), and brothers-in-law Jim Doak (2000), Fred Kirbyson (2003) and Glen Ryberg (2011). Rena was born in Grandview, Manitoba on September 19, 1932 to parents Raymond and Annie Mitchell. She was raised on a farm south of Grandview and attended Ottawa and Tamarisk Schools. After working at CIBC she graduated from Business College in both Dauphin and Brandon. Rena married Weir Brothers in 1954 and they had two sons, Kevin and Derek. They made their home in Flin Flon and Winnipeg. After Weir's death, Rena returned to Flin Flon to live and raise her boys in that wonderful community where Auntie Wilda and Uncle Fred and great friends would help her. She combined her commitment to parenting with her work as a secretary at HBM&S, and at an insurance company, and then as a County Court clerk. Ultimately she was made a Magistrate and Justice of the Peace in Flin Flon where she presided over Citizenship Court, and County Court. She was proud of her role in welcoming new Canadians and in performing many marriages. She married Roy Coulter in 1973 and expanded her family to include Jill and Kip. Following Roy's retirement, they moved to Winnipeg in 1982 where Rena finished her employment career as the Administrator for the Northern Manitoba Flood Commission. Rena and Roy travelled throughout Europe and North America in their retirement, and spent many winters at their condominium in Boca Raton, Florida. Rena was an accomplished and competitive Master duplicate bridge player who played in tournaments throughout the region. Bridge was her passion. She adored her family, and prized family reunions. Wherever her travels took her, she made her friends and family a priority. Her strength of spirit and perseverance in the face of many challenging health issues is an inspiration to us all. She is now at peace. Her family especially wishes to thank her sister, Diane Thorgilsson, who was truly incredible in looking after Rena the past two years. There will be a funeral service at The United Church in Meadowood (1111 Dakota Street) in Winnipeg on Saturday, November 22 at 2:00 p.m. There will also be a brief Memorial Service at the family plot in Grandview on Sunday afternoon, November 23. We wish to extend our sincerest gratitude to the residents and staff at the Seine River Retirement Residence in Winnipeg who were so kind to our mother over the past two years. In lieu of flowers the family respectfully requests that donations be made in Rena's memory, to the Heart and Stroke Foundation, 6 Donald Street, Suite 200 Winnipeg, Manitoba R3L 0K6 (heartandstroke.com) or to a charity of your choice. As a token of her legacy, perhaps those reading this could consider hugging your mother whenever you have a chance and expressing your love and gratitude to her, because the latter part of one's life goes by so very quickly. Notes of condolence may be sent to the family by visiting www.nairn-chyzfuneralhome.com Nairn-Chyz Funeral Home, Roblin, MB Entrusted With Arrangements 204-937-2111