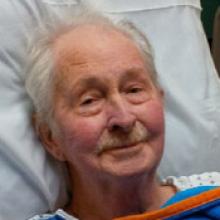 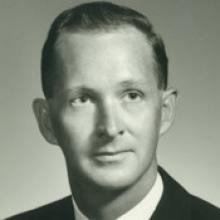 ARTHUR JOHN BOARDMAN (JACK) It is with heavy hearts and deepest sorrow that we share with you the unexpected passing of Arthur John Boardman (Jack) on October 16, 2014 at the Health Sciences Centre Winnipeg, MB. Jack had been recovering from what had been deemed a successful vascular procedure in September, and one from which his family had expected to be bringing him home to celebrate his 84th birthday in the coming weeks. He will be deeply missed and forever remembered, by wife Sophie (Szpilak), daughters Leslie Anne and Deborah Lynn, grandchildren Sarah Alexandra and Sean Alexander, brother Denham and sister-in-law Beryl (of England), numerous cousins, in-laws, nieces and nephews and friends. Jack was born in Calgary Alberta November 20, 1930 of parents Harold Boardman and Connie Lomax and returned to England where he spent his youth. Jack was always full of stories of his time in England with brother Denham, family dog Micky, and pals Stanley, Herbert and Ron, (to name a few). As a young adult Jack returned to Canada to pursue an adventurous career as a gold assayer in Yellowknife, N.W.T . Eventually leaving for Calgary, he worked at Trader's Finance Co., (where he met his spouse of 57 years) Sophie Katherine Szpilak, in 1958. From finance he ventured into bank managing with the Bank of Nova Scotia and moved to Winnipeg with his family in 1962. Jack later opened a cleaning franchise in Winnipeg, and went on to eventually reach retirement as an employee with John Black Memorial Church. Jack had a multi-dimensional persona with an incredible number of talents and diverse interests. Some early accomplishments included being awarded the 1958 Annual Motorcycle Road Racing Championship for Alberta; His Appointment to President of the Winnipeg Chess Club Association, a post he held for consecutive years; Winner of the 1977 Wildwood Club Golf Tournament average score in low 70's; Member of both The Winnipeg Rifle Association & The Barracks Air Force team, ranking second place overall in Canada in shooting competitions; Obtaining computer programming diploma at RRCC with highest class average which led to later years of developing adventure programs. Jack was ever a lover of all things "English" and "Medieval". From roast 'beast' and fish and chips, to Sherlock Holmes, Robin Hood and his namesake, King Arthur. He was pleased to discover the Boardman name had an Official Coat of Arms. Jack had an unbelievable intellect and into his 80s could still recant scientific formulas, biblical scriptures and all the words to English limericks and British pub-rhymes, he had learned as a lad, from memory. Jack had a love of astronomy, physics and chemistry, devoting hours to create amazing science fair projects for his daughters. Always a fan of adventure and pirates, Jack created incredibly detailed treasure hunts for both of his daughters with maps in invisible ink, encrypted coded clues, and the unearthing of buried treasure chests . Jack also loved the dramatic, and created audio tapes with each of his daughters. A favourite family project was recording "An Appointment With Fear" story episodes, with creepy special effects, (including Jack's own rendition of a Boris Karloff narrative). For someone so intellectual he was also extremely artistic - a rare gift - his greatest accomplishment of which he was most pleased, was his oil painting of Christ, which remains proudly displayed in the family home. Jack was a self-taught Harmonica player, and an amazing whistler, both inspired by his passion for the wild west. Jack loved boxing, martial arts, and Bruce Lee movies. He enjoyed 'sparring' sessions with his granddaughter, and one of his proudest moments was seeing his grandson get his green belt in Karate. Jack remained an outdoor enthusiast planning many hiking/snowshoeing excursions for his family to explore abandoned mines, tobogganing and skating at Kildonan Park, and long summer days on the beaches of Lake Manitoba. A gentle spirited man, Jack loved animals. Over the years becoming a caregiver for multiple stray dogs his daughters brought home, helping to find adoptive families. Jack's favourite holiday pastimes included canasta, scrabble, pool, charades and flying model airplanes with his nephew Gary. Jack would also never say no to watching a "good" movie, (provided there was always a happy ending and an honourable hero in the storyline). Jack maintained a happy and grateful disposition through all his life challenges and health difficulties, as he survived numerous heart and vascular procedures, and severe onsets of Rheumatoid arthritis, over a period of almost 20 years. He would always just smile and say," I guess God isn't finished with me yet". Through adversity, his faith only deepened, his outlook only brightened and his desire to focus on others' needs instead of his own, only grew stronger. We will forever miss his sound advice on life issues, his forgiving, gracious nature, his wonderful rendition of the "Darktown Poker Club" , his mean homemade stew, the courage he had in face of adversity, his love of conspiracy theories, his ability to show visible emotions whenever he spoke of his family, beliefs or convictions, and his unwavering integrity and commitment to putting others and their needs before himself. A Memorial Service in Celebration of Jack's Life will be held at 2:00 p.m. Tuesday, November 25, 2014 in the Chapel, at Church of the Rock at 1397 Buffalo Place and McGillivray Blvd., Winnipeg, MB. If so desired, donations may be made in Jack's name to UNICEF or The Winnipeg Humane Society.