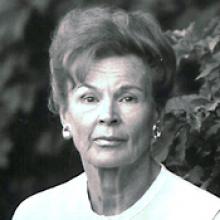 DAPHNE MARGARET KOROL On Monday, January 5, 2015, Daphne Margaret Korol passed away peacefully at West Park Manor Personal Care Home in Winnipeg, Manitoba. She was 90 years of age. Born Daphne Margaret Stanley-Harris on August 5, 1924 in Winnipeg, her ancestors included her great-grandfather Sir Charles Tupper, who was a Father of Confederation and Prime Minister in 1896 and her grandfather, William Johnston Tupper, who was the 12th Lieutenant-Governor of Manitoba. Daphne was the only child of Bertrand Stanley-Harris and Emma Tupper. For a few years during her childhood, Daphne lived with her mother and grandparents at Government House in Winnipeg, while her father remained on the family's fruit plantation outside Buenos Aires, Argentina. Daphne's interest in dance was encouraged by her mother and she studied and performed with companies in South America and Canada before returning to Winnipeg in 1948. She married Taras (Ted) Korol, renowned costume and set designer, in 1956, who predeceased her, in 1998. Together, they were honoured as two of the most devoted and talented pioneers in the performing arts in Winnipeg and the Korol Studio, in the Pantages Theater, was named in their honour. Daphne dedicated her life to the arts she loved so well, and did so with extraordinary artistic expression and talent, as a dancer, actor, teacher, choreographer, artistic director, producer and mentor. Daphne received significant recognition during her lifetime for her immeasurable contributions to the arts. She taught ballet, drama, tap and flamenco over a period of 50 years. She earned an Advanced Certificate from the Royal Academy of Dance, London, England. As an actress, Daphne worked under the direction of John Hirsh at Theater 77 and the Manitoba Theatre Centre. Daphne founded Shakespeare in the Park, which later became Shakespeare in the Ruins. She also founded the Children's Dance Theatre and co-founded Actor's Showcase, which later became Manitoba Theatre for Young People. As a Honorary Member of Dance Canada, her choreography earned her Gold Honours. Daphne was Fringe Festival Director for four shows of "Passacaglia", which earned five stars. She was a former dancer with the Ballet Ruse, as well as the Royal Winnipeg Ballet, where she danced under the artistic direction of Arnold Spohr. Daphne performed in many of the early productions of Rainbow Stage and was lead dancer in "Brigadoon". Daphne was a longstanding member of the Canadian Actors Equity Association and ACTRA. She contributed to ACTRA workshops, stage and film-work and was also a director of choreography. As an actor, Daphne appeared in the kids' show, The Adventures of Shirley Holmes, in films for Guy Maddin and played parts in The Saddest Music in the World (2003), Shall We Dance (2004) and Clear Lake (2012). In 2007 Daphne was the recipient of the Victor Cowie ACTRA Manitoba Lifetime Achievement Award and in January 2014, she was the recipient of Dance Manitoba's Distinction for Excellence Lifetime Achievement Award and was personally congratulated for this honour by Winnipeg Mayor, Sam Katz. In August 2014, at the time of Daphne's 90th birthday, she was honoured at the premiere of Red Czarina Entertainment's documentary "Daphne Korol - The Drama Queen of Winnipeg". Above and beyond Daphne's passion for dance, theatre and film, was her deep devotion and love for her only son, Ivan, left to mourn his mother's passing along with Daphne's cousins Margaret Price and Jim Tupper, as well as her many dear friends, former students and colleagues. A celebration of Daphne's life will be held at 10:00 a.m. on Saturday, January 10, 2015 at Thomson Funeral Chapel, 699 Broadway, Winnipeg, followed by interment at Green Acres Funeral Home and Cemetery, Highway 1, East at Navin Road, Winnipeg. Sincere thanks are extended to everyone that corresponded with Daphne by mail, telephone and personal visits and performances during her hospital stay and eventual move to West Park Manor. Special thanks are extended to all the caregivers there for their exceptional kindness, care and interest in Daphne. Flowers are gratefully declined, however, in accordance with Daphne's wishes, donations may be made in her memory to a charity of choice. Daphne will forever be remembered for her passion, inspiration and vision for the future of the arts community. THOMSON FUNERAL HOME 669 BROADWAY, WINNIPEG, MB R3C 0X4 204-783-7211 Condolences may be sent to www.thomsonfuneralchapel.com