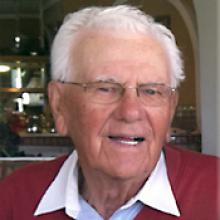 ZYGMUNT (ZYGGY) KLIMCZAK Zygmunt (Zyggy) Richard Klimczak passed on December 16, 2014, he was 90 years old. He is survived by sons Rick and Tracy, daughters-in-law Marilyn and Tiana, grandchildren Michelle, Lori, Kevin and Tobin; great-grandsons Archer, Callum and Tomson; as well as very special friend Corinne Otonikar. He is predeceased by wife Marjorie Klimczak who passed in March, 2006. Zyggy's enthusiasm and joy of life was an inspiration to all his family as well as his wide circle of friends and colleagues. His ordeals of the Second World War could have jaded and burdened him, but it seems these experiences only helped him realize he needed to embrace and celebrate the opportunities and good fortune life made available to him. A victim of Russia's invasion of Poland at the start of the Second World War, Zyggy was sent to a Siberian labor camp at age 15. It was a 28 day trip in a cattle car with 30 others. They were allowed out of the car only once during the trip. He never belaboured the experience but when asked about his time in Siberia he once explained "I remember always being hungry and cold all I wanted was to just not be hungry for once and then I would be happy to die". To put a better perspective on it he then quickly smiled and said "and look at me now, sometimes I won't even eat all my dessert!" Hundreds of thousands of the Poles sent to Siberia never returned. This was the first of many times Zyggy beat the odds. After two years in Siberia, Zyggy and his fellow interned Poles to Northern Africa to join the 8th English Army, 2nd Polish Corps. He had to lie about his age to be admitted into the forces. He participated in the Battle of Tobruk against General Rommel. From there it was over to Italy where he fought in the front lines at the Battle of Monte Cassino. Of the 8,000 Poles who fought and won the top of the mountain, 4,000 perished. In 1947 Zyggy was discharged as a Lieutenant. On is trip to Canada he contracted tuberculosis, this meant two years confinement at the Brandon Sanatorium. There was a silver lining to all these hardships, once he regained his health, he took some English and vocational training and was hired to work in the Xray Department of the hospital. This resulted in meeting a newly graduated nurse, Marjorie Thompson. They married in September, 1951. Zyggy's career evolved from there to working in a Brandon bakery, becoming a tire salesman in Swan River, Manitoba, then on to become the Accountant at the Swan River hospital. During that time he completed a university diploma program in Hospital Administration. This led to an appointment from 1971 1974 as Hospital Administrator in Pine Falls, Manitoba, and from there to a ten year term as Administrator of the two hospitals and two personal care homes in Deloraine and Melita. Getting each of the health facilities he led to successfully acquire the Accreditation designation for quality, safety, and efficiency was one of his many achievements. Zyggy retired in 1984. He and Marj then had the best of all worlds, they loved the close-knit, small town lifestyle of Deloraine in the summers and the sun and fellowship of all their snowbird friends in Mesa, Arizona each winter. Zyggy was always quick to point out when he left hospital administration he wasn't retired "now my job is to golf everyday." And golf almost everyday of the year he did. Always competent at the game, the true accomplishments may have been the regularity, once he was in his mid-seventies and beyond, that his score would be lower than his age. So many layers and so many stories he spoke 5 languages. It would take a chance occurrence with someone who happened to be speaking Italian or Russian for Zyggy to pop into the conversation and amaze those around who didn't even know he knew anything about the language. Zyggy was renown for his colourful quips and sayings. A good golf shot could earn you the compliment "you foxy banana" or "good shotski Mr. Potski". Should Zyggy mishit one you could count on hearing "shxx on a pumpkin". His family gave him a custom made ball cap with a more "polite" version embroidered on the front: S.O.A.P. When someone would lament anything from prices for the crops being too low, to gas prices being too high, or the weather interfering with a tee time all would be put in proper perspective when Zyggy would say with a shake of his head, smile on his face, a twinkle in in eye "It's a tough life in Canada!" The real intent of the message was always clearly understood. There will be a memorial service at The Deloraine United Church at 2:00 p.m. on Saturday, April 4. The family asks that any donations be made to the Deloraine Health Centre Palliative Care Fund.