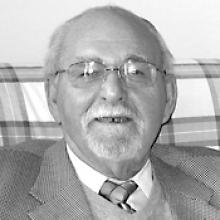 DOUGLAS HENRY WALTER LAWRENCE On January 20, 2015, Douglas Henry Walter Lawrence passed away peacefully at the age of 88. Husband of Joan (predeceased), of 64 years, father of Janet (Holly), Terry (Michael), Penny (Bruce) and Kim (Jacques), grandfather of Ryan, Sean, Darcie, Christopher, Jacqueline, and great-grandfather to Jayden and Victoria. As per Dad's request there will be no funeral. In lieu of flowers, donations can be made to the Humane Society or the Salvation Army. Doug's Quote: "It was all a great adventure"