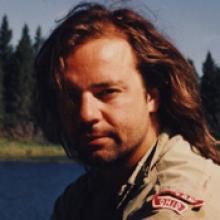 RALPH PETER It is with great sadness that the family of Ralph Peter announces his passing on February 12, 2015. Ralph has gone to have a slice of pizza and a beer with his beloved father Johann, a dance in the kitchen with his mother-in-law Jessie or Momsie as he affectionately referred to her and finally to sleep in peace with his two beloved dogs Beau and Hank. With unbelievably heavy hearts, Ralph leaves behind his wife Jessie, and his greatest accomplishment, his biggest, joy, what he lived for, his son Lane. His memory will also be cherished by his mother Stephanie, his brother Norbert (Lori), and his niece Katrina. He will deeply missed and lovingly remembered by a man who laughed with him almost every day, his best friend and brother-in-law Craig, his sisters-in-law Diane (Gary), Sharon (Steve) and their families respectively. Also close friends who had become family to Ralph: Jim and Sheila, George, Brett and Rae. Ralph had another family, his music family. Music was Ralph's life and to not mention his music brothers, would be remiss. Rob, George, Glen and MJ, the 20 plus years he spent with you were some of the best times of Ralph's life. There are so many other musicians that Ralph had the pleasure and honour of playing with. All of you touched his life and we know all of you have many wonderful memories of him. Ralph was incredibly fortunate to have been able to live his dream, most can't say this. At the age of 18 after graduating from Elmwood High School he stepped on to a school bus and he never looked back. He traveled this country from coast to coast playing music and writing songs. For the last 15 years of life he continued to play music while running a successful carpentry business. Ralph lived his life with humour, he found humour in everything he saw and everything that he did - even at times when he probably should not have. Everyone who knew him knew a day would not go by without laughing when you were with Ralph. Our home and cottage were always open to anyone who stopped by. He would be eager to share a laugh and cook you one of his famous thrown together meals that tasted like he had just picked it up at a five star restaurant. His heart was generous, in fact too much at times, he put everyone before himself. If you needed anything you could call Ralph day or night and he would be there. The word no was definitely not in his vocabulary. Ralph was a husband, a son, a brother, an uncle, a carpenter, a musician, a songwriter and friend, but his greatest achievement the one he spoke of with eyes that sparkled, was being a father to his son Lane. He was the dad that told stories to his son at bed time, the dad that invented bath puppet at bath time which made his son laugh hysterically. He was the dad that drove a crying baby around in the night, the dad at every soccer game and piano lesson. No words can describe his love for his son and we know this love will bring comfort and peace to him. The family would like to extend a special thank you to Ralph's friends, the ones who reached out to him and his family over the last few years of his life. You need to know that you did everything you could for him and thank you does not adequately express the gratitude we feel. Uncle "Eggie" and Aunti Di, we don't know what we would have done without your love and support during this time. You know in your hearts Ralph is thanking you for making sure that what he treasured most was watched over and cared for. Ralph would have done the same for both of you given the chance. A private service will be held to honour Ralph and a celebration of his life will planned at a later date. In lieu of flowers, a donation may be made in Ralph's memory to Status4, a non-profit music program for at risk youth. Donations can be made directly on the website through paypal at www.status4.ca or they can be mailed to: Status4 Inc., PO Box 37041, Winnipeg, MB R2M 5M3. Please include a name and mailing address so an official tax receipt can be issued. Ralph is not gone, he will never be gone. His songs, his soul and his laughter will live forever in our hearts. His pain is gone and he can sleep with peace knowing how deeply he was loved. Knowing he touched all of us with his love and friendship, his generous heart and wicked sense of humour. In the true spirit of Ralph and knowing that laughter heals all.... I am ready to meet my Maker. Whether my Maker is prepared for the great ordeal of meeting me is another matter. Winston Churchill