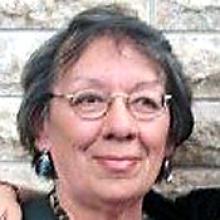 DOREEN MARY NANCY BEAUPRE (nee CHARTRAND) Peacefully, surrounded by the love of her family, Doreen passed away on February 28, 2015 in Vernon, British Columbia. Left to cherish her memory are her children, Raymond (Karen), Beryl, Linda (John), Gisele, Bernadette, Daniel (Beth), Janine, Elise and Sheila, her dear grandchildren, Krystle (John), Erica (Bryce), Stephanie, Cherrie (Jim), Juan, Christopher, Tracy (Norman), Andrea (Matt), Kelsey, Sean, Jenwa, Angela, Rachel, Josh, Michael, Adam, Robin, Ryan, Kyle, Jasmine, Evan, Dillan, and Julia, dear great-grandchildren Nicholas, Jackson, Alexa, Skylar, Alex, Anya, Avery, Jaedan, Hunter, Zalund, Andrew, Zane, Brittany, Kadem and Noah, her sister Joan Molloy (Paul), brothers Jeff (Cheryl) and Kenny (Elaine), and sister-in-law Marlene Chartrand as well as many nieces and nephews and their families. Doreen was predeceased by her parents, Roger and Phyllis, brother Arthur, and nephew Dale. Doreen was born on April 16, 1934 to Phyllis and Roger Chartrand in The Pas, Manitoba. A creative and adventurous spirit, Doreen thrived in her academic and artistic endeavours and pursued training as a licensed practical nurse after completing high school. Shortly thereafter, she married Victor Beaupre and together they raised their nine children in northern Manitoba, instilling in each of her children the importance of individuality, perseverance, and the appreciation of art, music and good storytelling. After raising her family, Doreen moved to Winnipeg to attend the University of Manitoba, where she earned a Bachelor of Fine Arts Degree in 1982 and Certificate in Education in 1983. Doreen's career with the Frontier School Division, the New Careers Program, Cranberry Portage Collegiate, the Core Area Initiative and Assiniboine Community College allowed her to share her many talents with young people throughout the province, enriching their lives and her own. After retiring in 1998, Doreen continued to share her time and talents with Kateri Tekakwitha Parish Church and Villa Rosa, as well as presenting Medicine Wheel Art Workshops upon request. Doreen's art centered on themes of aboriginal identity and spirituality through media of clay and natural material sculpture. In 2011, she was honoured to present an art exhibition in Winnipeg and together with her daughter was involved in Kissikow Art Gallery in Vernon, British Columbia. Doreen's selfless devotion to her family knew no bounds. She travelled across the miles to ensure that she was there for her children, grandchildren, great-grandchildren and siblings when she was needed. She will be very fondly remembered and greatly missed. The family would like to express their appreciation to the staff of the Vernon Jubilee Hospital for their care and kindness. A celebration of Doreen's life will be held at Kateri Tekakwitha Parish Church, 548 Home Street (at Ellice Avenue) on Friday, March 13, 2015 at 1:00 p.m. In lieu of flowers, donations to Villa Rosa or a charity of one's choice would be graciously received.