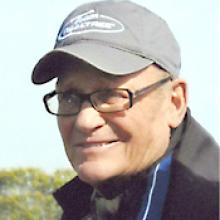 ALLEN GLEN HUNT 1939 - 2015 On Tuesday, March 10, 2015 at Boundary Trails Health Centre, Glen Hunt aged 75 years of Morden, MB formerly of Darlingford, went to his eternal rest. He leaves to mourn his passing his wife, Sigrid (nee Gillis); two sons, Rodney and Christine, Ryan and Dana; five grandchildren, Brock, Bryce, Matthew, Jenaya, Bernadette and two great-grandchildren, Zander and Marshall. Memorial service was held at 2:00 p.m. on Friday, March 13, 2015 at Wiebe Funeral Chapel in Morden with an ash interment at the Icelandic 1-6 Cemetery. If friends so desire, donations may be made in Glen's memory to the Darlingford Memorial Park. Wiebe Funeral Chapel, Morden In care of arrangements wiebefuneralhomes.com