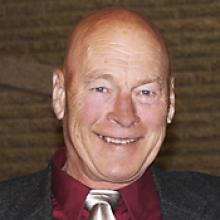 ROY THEODORE (TED) TIMCHUK July 1, 1938 - July 28, 2015 Peacefully, surrounded by his family, it is with heavy hearts that we announce the passing of Roy Theodore Timchuk. Left to cherish his memory is his loving wife, Nora, his children, Richard (Sue), Karen (Bob), Robert, and Kurtis (Angie). His precious grandchildren, Samantha, Sarah, Seán, Mathew, Michelle, Christopher, Kevin, Ashley, and Tanner, great-grandchildren, Syndee, Emma and Alice; his sister-in-law, Jackie, and numerous nieces and nephews. Ted was predeceased by his parents William and Mary, his brother Tony, sister Marge, his beloved Aunt Faye, and Helen Barrett. Ted was born in Vita on July 1, 1938, the oldest of three children and was raised in their small family home in Woodmore, Manitoba. As a young man, Ted was a teacher in Carey, Manitoba before moving to Winnipeg where he met and married his first wife, Marilyn. Together raised their children in St. James and during these early years Ted carved a successful career as a car salesman at Dominion Motors. As the years went by, country life called out to Ted once more and he returned to the family farm in Woodmore in the early 1980s. Ted began farming raising both cattle and buffalo. Ted excelled in all his endeavors, and was a great carpenter and handyman, together with his children, they built a new house on his land. Family has always been Ted's priority. A loving and devoted father and grandfather. Many years ago, Ted donated a kidney to his younger brother, Tony, giving him a new lease on life. In his 40s, Ted battled and survived colon cancer. He cared for his parents in their later stages of life. In September 2005, Ted reunited with and married his first love, Eleanor. We celebrated their union at the farm and our family circle grew larger to include Rick (Sabine), Tony (Lucie), Kenneth (Teresa), and their children, grandchildren and great-grandchildren. Ted and Nora have showed us the true meaning of love. Together, they enjoyed gardening, travelling and most of all, spending time with their family and friends. Visiting the farm is always a welcoming treat. From sleigh rides and curling on Pumpkin Creek in the winter, to camp outs and tractor rides up Buffalo Road. Ted was passionate about his garden and last year created the inaugural Pumpkin Carving event. One of Ted's fondest pastimes was spending time with Chuck and Charlene playing crokinole. Pops, you will be sorely missed. We will forever cherish our time together, your wisdom, your amazing smile, your bear hugs and your signature, well thought out advice. A viewing will be held at 7:00 p.m. on Monday, August 3, 2015 at the Vita Funeral Home, 245 Railway Avenue, Vita, Manitoba. A celebration of Ted's life will be held at 1:00 p.m. on Tuesday, August 4, 2015 at the Greenridge United Church, 9153 Road 20e in Dominion City, Manitoba. Pallbearers are Seán Timchuk, Mathew Timchuk, Chris Swiergosz, Kevin Timchuk, Tanner Timchuk, Bob Bilous and Chuck Anderson. Officiant Jordan Basso presiding. Interment to follow at the Greenridge Cemetery. In lieu of flowers, donations can be made in Ted's memory to CancerCare Manitoba or the Kidney Foundation of Manitoba. Arrangements by Vita Funeral Home Phone 204-425-3114