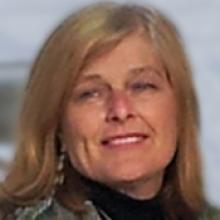 NANCY LOUISE CAMPBELL (nee WILSON) April 6, 1957 - August 31, 2015 It is with sincere regret that we announce Nancy's peaceful passing after a courageous and hard fought battle with cancer, at the age of 58 years. Nancy was the middle daughter of the late Edward (Ted) and Beulah Wilson and was predeceased by our infant daughter Vanessa. She is survived by her loving husband of 38 years, Ian; sons Brad (Kristi), Derek (Sophie, her daughter Claire) and Neil (Jenny); grandchildren Jasmine, Bekam, Carter, and Bennet (born 24 hours after Nancy's Passing); sisters Linda and Allison; brothers Robert and Gordon as well as numerous aunts, uncles, cousins and friends. Nancy spent her youth in St. James and became a nurse for a number of years; a skill that became invaluable when raising 3 boys. She tried her hand at a number of jobs over the years, the common thread being they all involved a level of care giving, including a number of years as an EA at Grant Park School, ever an advocate for the children she worked with. Nancy and I were married for 38 years and spent our early times camping and fishing across Manitoba until the three boys came along. We spent many wonderful years camping with the boys at Big Whiteshell Seasonal Camp Ground and carry a wealth of wonderful memories of those times. Nancy was a force of nature, fearless, strong of body and mind, and mama bear to her children. She would tackle any project head on and was organized to a fault. It was amazing how much work got accomplished when I went away and left Nancy to her own devices. She was the "Rock" to come to for advice and support. Nancy will be loved and missed by all those who called her a friend. A special thanks goes out to all the people we encountered working in CancerCare, The Palliative Care Team we were blessed to meet and the whole team of staff and volunteers at the Grace Hospice where Nancy chose to spend her final days. Trish, who led me through some very rough patches, thanks will never be enough. If Heaven is on Earth, these people are her angels. Also to the very special friends and family who helped support us through these difficult times. In lieu of flowers, donations can be made to CancerCare Manitoba, The Firefighters Burn Fund or The Grace Hospice. A Celebration of Nancy's Life will be announced in the near future. Bardal Funeral Home 843 Sherbrook Street, 774-7474 Condolences: www.bardal.ca