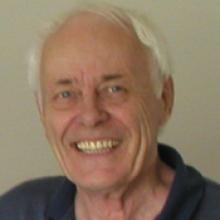 ROBERT F. (BOB) WHITLAW April 14, 1933 - October 20, 2015 Bob Whitlaw peacefully passed away on October 20, 2015 at the Concordia Hospital in Winnipeg, Manitoba at the age of 82 years. Bob was born in Deloraine, Manitoba to John and Ruth Whitlaw. He had a long career with Canadian General Electric and later with Red River Community College as an instructor in the Major Appliance Service program. He was an active Mason and former Grand Master of the Acacia lodge No. 111 in Winnipeg. He was an avid curler, wood carver, sports fan and loved to attend and support his children's and grandchildren's activities. Bob loved to spend time with his wife and family at their cottage at Victoria Beach where they spent many a happy summer. Predeceased by his parents and his brothers John and Richard, he is survived by his wife of 58 years Helen, sons Craig (Heather) and Jamie, grandchildren Mark (Jennifer), Michael, Quinn, Hannah and great-grandchild Emma. Special thanks to the staff from N1 North at Concordia hospital for the kindness and compassion they displayed during his lengthy stay. Donations may be made in his honour to the Alzheimer Society of Manitoba, 10-120 Donald St., Winnipeg, MB, R3C 4G2. As per Bob's wishes, cremation and a private interment has taken place. NEIL BARDAL FUNERAL CENTRE 204-949-2200 neilbardalinc.com