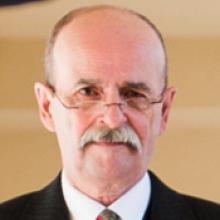 CHARLES KENNING NEWCOMBE December 4, 1943 - November 2, 2015 Surrounded by family, Charles peacefully passed away on November 2, 2015 at the age of 71. Charles is lovingly remembered by his wife of 45 years, Kathleen (nee Anderson); their three daughters and their families: Leah (Jason), Easton, Carter and Quinn; Christie (John), Isla; Kelly (Orr), Lachlan and West; his sister Catherine Newcombe, and nephew Toby Bartlett. Charles was born on December 4, 1943 in Winnipeg, MB to his parents Rev. Charles R. and Gwennie Newcombe. He was a devoted brother to his little sister Catherine and kept his promise to always look after her. He lived the majority of his life in St. Vital where he maintained many lifelong friendships. Chas, Charlie and Newc are a few of the nicknames he was often referred to by family and friends. He earned his B.A. at United College and went on to the University of Manitoba where he graduated from Law in 1969. During this time he worked as a banker, miner, train brakeman and waiter on Via Rail in the summer months. He was called to the Bar in 1970 and began his career as a Crown Attorney in criminal law for the Government of Manitoba. Charles was united in marriage to the love of his life Kathleen on December 19, 1970. They moved north to Thompson, MB where they began their life together, before settling back in Winnipeg. The young newlyweds took sabbaticals and flew off to Europe for a year where they explored numerous countries in their MG Midget. Wonderful experiences were had and lasting memories made prior to returning home and beginning their family. Charles and Kathleen welcomed three daughters into the world who were their pride and joy and whom he affectionately referred to as "Charlie's Angels". Education was of vital importance to Charles and he raised his girls to be strong, independent thinkers. On February 1, 1980 at the age of 36, he was appointed Judge of the Provincial Court of Manitoba, a position he held until his retirement in 2008. Throughout his career he made many circuits to northern communities in Manitoba. Wonderful family vacations will forever be treasured: houseboating on Lake of The Woods, Disney World and road trips taken throughout Canada and the U.S. Since retiring, Charles enjoyed many winter getaways to Texas and summer days at his cottage in Traverse Bay. He also cherished time spent with his six grandchildren, who loved him dearly and will miss the special treats and interesting stories he'd share with them. Charles always had a true passion for books and had an extensive library collection to prove it. He was a history buff, problem solver and analyst. Crosswords, mahjong and other puzzles were his relaxation and enjoyment. He loved watching history and nature documentaries, and was a devoted Jets and Bomber fan. Charles always welcomed a good debate and was a true conversationalist. His quick wit and humour always kept us on our toes. Family and friends will never forget the good food and conversations had around the dinner table at 28 Nichol. In his professional career he was known as firm but fair. Charles was a man that had an unfailing belief in fairness and equality. He made sure to instill these qualities into his daughters. Over the last several months Charles faced his future with incredible courage and bravery. His strength is what carried his family through this difficult time. We would like to thank the Palliative Care Team for their care and compassion and for helping us support Charles at home. In keeping with Charles' wishes, no formal funeral service will be held. A private family burial and celebration of life will be held at a later date. Dad, you are a true gentleman and a scholar, you will forever be in our hearts. Love you Chas. When a loved one becomes a memory, A memory becomes a treasure. Cherish the memories.