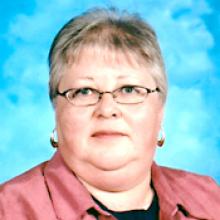 LENORE (NORRIE) MARIANNE OTTAWA It is with great sadness that we announce the passing of Lenore (Norrie) Marianne Ottawa on Thursday, November 12, 2015 after a courageous battle with cancer. Norrie was born in Winnipeg on September 14, 1953. She was predeceased by her parents John and Nellie Ottawa (Moroz). Norrie is survived by her brother Ron Ottawa and his wife Christine; nieces, Kristen Ottawa-Ilnycky (Michael Ilnycky) of Calgary, Lauren Ottawa (Jonathan Skibicki); her great niece Kate as well as many cousins and friends. Norrie will be greatly missed by her cats Rosie and Mishka. Norrie began her career with Brooke Bond Foods Canada Limited and continued with the Winnipeg School Division. Most recently she served as a school secretary at Sister MacNamara School where she made many friends. Norrie enjoyed gardening, crafts and spending summers at her cottage. The family wishes to thank the staff on the fifth floor of the Women's Hospital, her CancerCare Team and her friends who supported her during her illness. As per Norrie's wishes a private service was held. In Norrie's memory donations may be made to the Winnipeg Humane Society or to the Canadian Cancer Society. Vichnaya Pamyat Eternal Grace Funerals in care of arrangements, 204-505-4559 (Curtis Monkman Funeral Director).