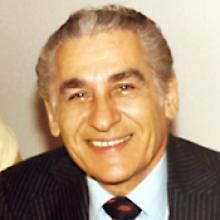 WALTER WILLIAM NAHERNY September 16, 1925 December 31, 2015 Owah Golly Wally Peacefully, with his wife Joyce and daughter Tracy at his side, and tired of waiting for the Bombers to win, Walter William Naherny passed away at the age of 90. Left to celebrate his life is Joyce, his wife of 62 years; his four children, Linda Turczak (Brian), Lee Seman (Randy), Scott Naherny (Cindy) and Tracy Naherny (Stu Nicholls); his nine grandchildren, Bari (Shannon) and Dale Turczak, Tyler (Crystal), Troy, Jordan, Garet and Steele Seman (Jodie Winberg), Ashley Gobeil (Bryce) and Holly Capek (Shane); and his four great-grandchildren, Jackson Seman, Addysyn and Brynn Gobeil and Carter Capek. He leaves to join his parents Bill and Maria; his brother Albert and his sister Anne. He will be sadly missed by all that knew and loved him. A private service was held and cremation has taken place. Should anyone wish to do so, his family asks that donations be made in his memory to the Canadian Pulmonary Fibrosis Foundation. Arrangements entrusted to: Rock Fontaine Funeral Director Winnipeg, Manitoba Phone Toll Free 1-866-499-2601 or 204-223-2576